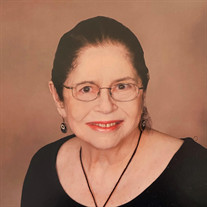 Anne Hutchinson Bao, age 77, of Roswell, passed away peacefully on February 1, 2021. She was born to Jeanne and Hughes Hutchinson of Fennville, Michigan. She was the younger sister of her late brother Clark. Anne graduated from Fennville High School and received her Bachelor of Arts degree in Latin from Hope College in Holland, Michigan. She earned a merit scholarship from the University of Michigan in Ann Arbor, where she received her Master of Library Science degree. In high school, Anne was a cheerleader and played the flute in the band. At college, she played the flute in the orchestra. She was a member of Kappa Delta Chi Sorority. In graduate school, she studied hard to earn her degree. Anne’s devotion to her library science vocation was clear: Children’s Librarian at East Lansing Public Library; Medical Librarian at West Paces Ferry Hospital and Northlake Hospital; Associate Librarian at Kennesaw State University; Library Director at AIU. The children loved her story telling; the doctors were amazed by the quality of her medical research; and the college students would always seek her out for assistance. Anne loved her chosen field, and it showed. She was the consummate librarian. At East Lansing Public Library, Anne’s popularity with the children made her an important member of the community. As such, the mayor would invite her to participate in numerous tree planting ceremonies. In this way, Anne was active in nurturing both young children and the community’s environment. Anne was active in her Atlanta, Georgia community by serving as scholarship chair of her Lions Club, nurturing the LEOs, and received the Melvyn Jones Award from Lions Clubs International. Anne enjoyed traveling abroad, and her favorite cities were London, Amsterdam, and Istanbul. But most of all, Anne loved spending time with family, especially after retirement. She so much enjoyed reading to her four grandchildren, and the attention was reciprocal. She would spend hours selecting the right book for each grandchild’s respective birthday, and lovingly signed each book. Anne was the best wife, mother and grandmother anyone could ever have, and lives on forever in our hearts. Anne is survived by her loving husband of 53 years, son, daughter, and four grandchildren. Anne Hutchinson Bao was interred at the Cathedral of St. Philip, Atlanta, Georgia, after a private family service. In lieu of flowers, the Bao family would like donations to be made to either the University of Michigan Alumni Association (200 Fletcher Street, Ann Arbor, MI 48109-1007), or the Hope College Alumni Office (141 E. 12th St., Holland, MI 49423).

Anne Hutchinson Bao, age 77, of Roswell, passed away peacefully on February 1, 2021. She was born to Jeanne and Hughes Hutchinson of Fennville, Michigan. She was the younger sister of her late brother Clark. Anne graduated from Fennville... View Obituary & Service Information

The family of Anne Hutchinson Bao created this Life Tributes page to make it easy to share your memories.

Send flowers to the Bao family.