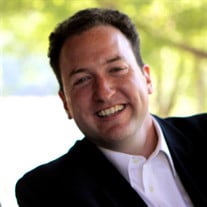 Anthony (Tony) Link Couch, Jr, passed away May 23, 2015 after a brief battle with Non Hodgkin’s Lymphoma. Tony is survived by his wife of 9 years, Lara, his two children, Collin (6) and Cole (4) and his black lab, Millie. Tony is also survived by his parents, Anthony Link Couch, Sr, and Bonnie Foucheux Couch of Cumming, GA as well as his four siblings, Steve Couch, Ashburn, VA, Colleen DeVoe, Mobile, AL, Anne Duckworth, Cumming, GA, Belinda Couch, Gainesville, GA and six nieces and one nephew. A native Atlantan, Tony was born April 7, 1971 at Piedmont Hospital and grew up in Stone Mountain, Georgia. He is a 1990 graduate of St. Piux X High School and a 1995 graduate of Georgia Tech Institute of Technology. He was employed by Cam Commerce Solutions/Celerant Technologies as a sales representative for 18 years. Tony was a kind, generous, lighthearted man of strong faith, with an infectious smile that touched everyone he met. He dearly loved his family and enjoyed spending as much time with them as he could. Tony found the humor in life and always chose to look for the positive in whatever life had dealt him, even cancer. He loved watching his son play baseball and playing with his boys in the backyard. He was also an avid sports fan, passionate about Georgia Tech football and never missed watching a game either in person or on tv. A funeral Mass will be held at Saint Josephs Catholic Church, Marietta, GA Friday, May 29, 2015 at 10 o’clock. In lieu of flowers, an education fund has been established for his two children, Collin and Cole, at Wells Fargo Bank under the Tony Couch Jr. Education fund or contributions may be made in Tony’s honor to the Saint Joseph Catholic School. http://www.stjosephschool.org

Anthony (Tony) Link Couch, Jr, passed away May 23, 2015 after a brief battle with Non Hodgkin&#8217;s Lymphoma. Tony is survived by his wife of 9 years, Lara, his two children, Collin (6) and Cole (4) and his black lab, Millie. Tony is also... View Obituary & Service Information

The family of Anthony "Tony" Link Couch Jr. created this Life Tributes page to make it easy to share your memories.

Send flowers to the Couch family.