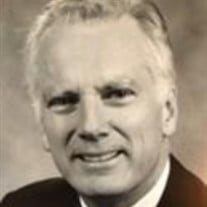 Barry Russell Elson passed away June 7, 2021, 80 years loved. A distinguished graduate of Dartmouth College and Cornell University, Barry was a first lieutenant in the Vietnam War. He served in Southeast Asia where he ran the world’s first mobile satellite communications station. Barry completed his service at West Point, where he served alongside two NCAA Hall of Fame basketball coaches with whom he remained friends throughout his life. After serving his country, Barry moved into the corporate world and evolved into a telecommunications/broadband/media specialist. A former chairman of CTAM, Barry was later inducted into the Cable TV Pioneers Hall of Fame. As a precocious young athlete, Barry had the thrill of going to Yankee Stadium in 1953 (as the leading hitter from Cedar Grove Little League) and meeting Mickey Mantle and Boston Red Sox star, Ted Williams. Barry also played varsity basketball for Bloomfield High School in New Jersey, his team winning 64 straight games and two state championships. In 1989, Barry was inducted into the Bloomfield High School Hall of Fame. Barry was a leader on the field and off from a very young age. His former coach, Ans Dilley, once said about him, “He had that magnificent quality possessed by so few—the ability of one man to lead others.” This was a quality that Barry carried into his adult life and as an executive leader both nationally and internationally at corporations like Telewest Global, Bally Fitness, Conectiv Energy and Cox Communications. A two-time head and neck cancer survivor, Barry contributed to four major cancer research projects at MD Anderson, the Jimmy V Foundation and Emory’s Winship Cancer Institute where he served as a member of Winship’s Patient Advisory Board. Barry was also extraordinarily generous with his time and gave back by mentoring 91 cancer patients nationwide, helping them reach the best NCI treatment centers for their individual cancers. As a member of the Johns Creek Veteran’s Association, he contributed to the development of a world-class Veterans Memorial Park that uniquely includes a 250-foot replica of the Vietnam Veterans Memorial “The Wall That Heals.” In spring 2021, Barry was honored to be appointed by Governor Kemp to serve as a board member for Georgia’s Department of Human Services. Barry Russell Elson was an enthusiastic sports fan, loyal Phi Delt, and a connoisseur of history, gourmet food and little-known factoids. He never stopped learning. He was a collector of antique maps, fine wine, and loved to travel with his family both in the beautiful USA and beyond. Barry is survived by his beloved wife Karen, his brother Lee S. Elson, Sr., five children Sabrina, Blake, Kristen, Dean and Craig, and six grandchildren, Jackson, Olina, Graeme, Catherine, Lauren and Whitney. Barry Russell Elson was a loving husband, father, brother, and friend. He will be sorely missed. Per his request, Barry will be buried at the Georgia National Cemetery. In lieu of flowers, the family suggests making a donation to the Barry Elson Memorial Fund for Cancer Research via the Jimmy V Foundation: https://vfoundation.donordrive.com/campaign/Barry-Russell-Elson-Memorial-Fund-for-Cancer-Research

Barry Russell Elson passed away June 7, 2021, 80 years loved. A distinguished graduate of Dartmouth College and Cornell University, Barry was a first lieutenant in the Vietnam War. He served in Southeast Asia where he ran the world&#8217;s... View Obituary & Service Information

The family of Barry Russell Elson created this Life Tributes page to make it easy to share your memories.

Send flowers to the Elson family.