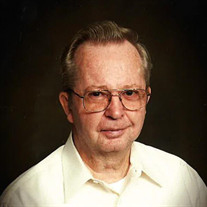 Billy Joe Dotson, age 83, passed away peacefully on Sunday, January 9, 2022, in Frisco, TX. He was born on June 2, 1938, in Jenkins, KY and was the oldest of eight children, including six sisters and one brother. He is preceded in death by his parents Clayton and Pauline (Ellison) Dotson, two infant sons, Patrick, and Larry, and two sisters, Anita (Tommy) Blair and Audrey Sutherland and one brother-in-law Clyde Gamble. He is survived by his wife of 63 years, Doris Jean (Boggs), and four sisters, Juanita (George) Johnson, Donna Gamble, Evelyn (Chuck) Barton, Sandy (Larry) Coleman, one brother Jim, and one brother-in-law Roger Sutherland. Billy Joe joined the United States Air Force in September 1955 at age 17 and served for ten years on active duty and in the Air Force Reserves for another ten years, retiring as A Technical Sargent in July 1981. After his military service he worked for Martin Marietta in Kennesaw, GA and then in various Civil service positions in and around Washington, DC for some twenty-three years. He retired from Government service in 1995. He and Doris moved to Alpharetta, GA in 1996 where they resided for twenty-three years before moving to Frisco, TX in late 2019 to be close to family. During retirement, Billy Joe immersed himself in Genealogy completing exhaustive research into his and Doris' family histories. He and Doris also enjoyed travel and staying active with nieces and nephews. They were also active in the Church of Christ in Woodstock, GA. As a military veteran, Billy Joe will be interred at the Georgia National Cemetery in Canton, GA on February 9, 2022, and will receive a full military honors service. Visitation and a memorial service will be held at Mayes Ward-Dobbins Funeral Home, 180 Church Street, NW, Marietta, GA. With visitation from 9:00 AM - 11:00 AM and a memorial service from 11:00 AM - 12:00 PM. Interment will be at Georgia National Cemetery at 1:30 PM. In lieu of flowers, please make a donation in Billy Joe's memory to the charity of your choice.

Billy Joe Dotson, age 83, passed away peacefully on Sunday, January 9, 2022, in Frisco, TX. He was born on June 2, 1938, in Jenkins, KY and was the oldest of eight children, including six sisters and one brother. He is preceded in death by his... View Obituary & Service Information

The family of Billy Joe Dotson created this Life Tributes page to make it easy to share your memories.

Send flowers to the Dotson family.