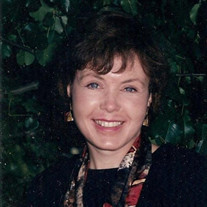 Bonnie Gail Greenwood Grant, 79, of Canton, Georgia, died peacefully at home with family on December 8 after a long struggle with Parkinson’s with Lewy Body Dementia. Bonnie was born in Mercer, Pennsylvania on November 18, 1942. She was the only child of Wendell (“Bud”) and Mary Ann Greenwood from Spokane, Washington. Bonnie lived in Cyprus, Frankfurt and Athens, traveling with her parents who worked for the U.S. Government, and returned to Washington State where she enrolled at the University of Washington in Seattle. While at University of Washington, Bonnie met her husband, Michael Kerry Grant. They were married on June 22, 1963. They have four children and recently celebrated their 58th wedding anniversary. Bonnie primarily stayed at home caring for her children, but also worked at the Internal Revenue Service in customer service, in the kitchen at Sprayberry High School, and as a postal route carrier at the U.S. Postal Service. Bonnie went back to school and graduated in 1991 with a bachelor’s degree in Psychology from Kennesaw State University. Bonnie was actively involved with her church over the years, creating puppet shows of bible parables for Children’s Liturgy. She enjoyed working with children and teens, which included running a pre-K daycare in her home, being a spiritual director of TEC (Teens Encounter Christ), and working in the home outreach program for disadvantaged children at Mount Paran Church in Marietta, Georgia. She loved to carve carousel animals, four of which are part of the endangered species carousel in the Nashville, Tennessee zoo. She enjoyed creating custom mailboxes, and she made several for her business post office customers. She also enjoyed creative writing, wrote reflections in Christian books and had several books published. Bonnie had a deep passion for health food and exercise, and we all thought she would live forever. She discovered health food in the 1960’s and spent many years trying to unsuccessfully hide healthy ingredients such as liver, kelp or brewers’ yeast in meals she made for her family. She also loved sports, including volleyball and softball, but her great love was soccer – which she played until she was into her 70s. She loved to dance, whether it was line dancing, aerobics, or especially the electric slide. Her children nicknamed her “Odie”, after the exuberant dog in Garfield cartoons. Even in her decline she wanted to walk or practice yoga when possible. Her healthy lifestyle, energy and youthfulness made it especially difficult for her and those around her to reconcile the dramatic physical decline caused by her health condition. Bonnie especially loved her family. She was survived by her husband, her children Colleen Newman (Stephen), Gwen Garren (Steven), Rebecca Grant (Brian), Jeremy Grant (Amanda), and her four grandchildren Alexandria Newman, Taylor Winterin (George), Andrew and Natalie Grant. Bonnie had a wonderful and kind soul and she will be greatly missed. We envision her finally reuniting with her parents, her dear Aunt Johanna, as well as dancing and playing soccer in Heaven. The following memorials will be held for Bonnie: Marietta, Georgia A funeral mass will be held at Transfiguration Catholic Church, 1815 Blackwell Road, Marietta GA 30066 at 11am on Wednesday, December 15, 2021. Reception to follow. The service will also be broadcast at www.transfiguration.com. Spokane, Washington A memorial service and burial will be held at Heritage Funeral Home at 508 North Government Way, Spokane, Washington 99224 at 11am on Tuesday, December 21, 2021. In lieu of flowers please send any donations to the Lewy Body Dementia Association at www.lbda.org.

Bonnie Gail Greenwood Grant, 79, of Canton, Georgia, died peacefully at home with family on December 8 after a long struggle with Parkinson&#8217;s with Lewy Body Dementia. Bonnie was born in Mercer, Pennsylvania on November 18, 1942. She was... View Obituary & Service Information

The family of Bonnie Gail Greenwood Grant created this Life Tributes page to make it easy to share your memories.