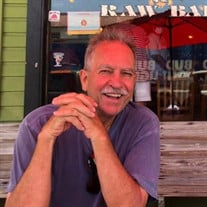 Alan Curtis Daniell passed away peacefully at Vitas Hospice on February 28, 2021 following his ALS diagnosis. He was 79. Curtis was born August 7, 1941 in Austell, Georgia to Billy and Elsie Daniell, the second of six children raised in Mableton, Georgia where he was a Boy Scout, played trumpet, and sang tenor in a church quartet. As early as age ten, he began working in his Grandfather Daniell’s blacksmith shop. He graduated from South Cobb High School in 1959 and studied Industrial Engineering at Georgia Tech University while also working in the Machine Tool Programming training program at Lockheed. While there, he met Linda Jane Brooks, and they married in 1963. He graduated in1966 and started a company in the aerospace industry coding for computer controlled machines. The following year, they started their family welcoming daughter Nicole, and four years later, her sister Courtney. Both he and Linda volunteered their time to the Cobb-Marietta Ballet and The Walker School, where he served on the Board of Trustees, chaperoned camping trips to Nantahala, and built numerous sets for school plays. He sang and danced on some of those sets, performing in the school’s community musicals with Courtney and appearing in the Nutcracker Ballet party scene with Nicole. In 1971, Curtis shifted his professional focus to building custom homes, and eventually moved into real estate development. The building business introduced him to different partners and gave him lifelong friends. After joining the Marietta Country Club, he enjoyed a lifetime of improving his golf game. In 1989, he worked with other members in the effort to relocate the club to its current location. He enjoyed skiing, reading, coffee with friends, playing the lottery, time at the beach, and visiting his children and grandchildren in Houston and Southern France. Curtis is survived by daughter and son-in-law Nicole and Mimo Verduci, grandchildren Giovanni, Ella, and Linda Verduci; daughter Courtney Daniell-Knapp and grandsons Emerson and Theodore Knapp; brothers and sisters-In-law David and Charlene Daniell, Sue Daniell, Phillip and Peggy Martin, Jeff and Kim White, and Kevin and Terri Daniell; brother-in-law Michael Brooks; nieces and nephews Jay and Lyric Garten, Chris and Tiffany Griffin , Torre Daniell, Dan Martin, Cindy, Ansley and Halley White, Kelsey and Thomas Lane, Clay and Melissa Duda; and great-nieces and great-nephews Spencer and Ian Resmondo, Brett and Kristin Kilgore, Tricia Griffin, Cameron, Jamie, and Lance Daniell, as well as cousins too numerous to list. He is preceded in death by wife Linda Brooks Daniell, parents Billy and Elsie Daniell, parents-in-law John Thomas and Marjorie Brooks and nephew Alan Resmondo. A memorial will take place Thursday, March 4, 2021 at 11:00 a.m. CST (12 p.m. EST) at Palmer Memorial Episocpal Church, 6221 Main Street, Houston, Texas. A livestream link will be available for family and friends. Donations to further ALS research can be made in loving memory of Alan Curtis Daniell to the ALS Foundation, P.O. Box 37022, Boone, IA 50037-0022 or www.als.org/donate. Link to live stream is palmerchurch.org/live.

Alan Curtis Daniell passed away peacefully at Vitas Hospice on February 28, 2021 following his ALS diagnosis. He was 79. Curtis was born August 7, 1941 in Austell, Georgia to Billy and Elsie Daniell, the second of six children raised in Mableton,... View Obituary & Service Information

The family of Curtis Daniell created this Life Tributes page to make it easy to share your memories.

Alan Curtis Daniell passed away peacefully at Vitas Hospice on...

Send flowers to the Daniell family.