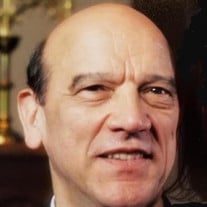 Danny Albert Scott, age 76, of Marietta, Georgia, passed away at his home on Wednesday, July 1, 2020. Danny was born in Harrisburg, Illinois, on February 9, 1944, to the late Frank and Nancy Scott. He graduated from Northern High School in Pontiac, Michigan, in 1962. The family eventually moved to Topeka, Kansas, where Danny attended Washburn University, graduating in 1966. Danny was a loyal, die hard fan of Kansas Jayhawk basketball and an avid collector of Jayhawk memorabilia. He firmly believed Kansas would have won the NCAA championship this year had the season not been cut short. After graduation Danny enlisted in the Army, trained as an officer, and was sent to Vietnam where he served in Military Intelligence. When his first tour was completed, he chose to serve a second. Danny’s military service provided him with lasting memories of which he often spoke as well as a personal commitment to giving back through the USO. Following his military service, Danny began a career with the Federal Bureau of Investigation and served as a Special Agent in New York City under J. Edgar Hoover. It was there that Danny served as an inaugural member of the Terrorist Task Force. Through his expertise as a bomb technician, Danny investigated a number of high profile cases, including Atlanta’s missing and murdered children and the Los Angeles Olympic bomb threat. He retired from the FBI in 1994. Danny was a lifelong learner, even attending community college in his later years to learn more about subjects that interested him. He had a deep knowledge on many subjects and a curiosity for everything. His avid interests included photography, family genealogy research, history, and the study of the Bible. Above all, Danny was committed to his family. He made frequent trips to Kansas to care for his mother and to visit family. He was a dedicated and loving father to his daughter and her husband. He was the proudest grandfather that there ever was of his three grandchildren. He loved spending time with them, playing games with them, and taking them for sushi. Danny was a role model and mentor to many and will be missed by a multitude of friends. Danny was preceded in death by his parents, Frank and Nancy Scott, and brother, Michael Scott. Danny is survived by his daughter Megan (Kurt) Apel of Cullman, Alabama; three grandchildren, John Henry, Macey, and William; sister-in-law Marcy Revelle of Topeka, Kansas; 3 nieces and 1 nephew; many great nieces and nephews; and good friends Lisa Roberts and Christi Roberts of Marietta, GA. A funeral service will be held on Thursday, July 9 at 12:00 p.m. at Mayes Ward-Dobbins Funeral Home, 180 Church St, Marietta, GA, 30060; burial will take place at 2:00 p.m. at Georgia National Cemetery in Canton, GA, 1080 Scott Hudgens Dr, Canton, GA, 30114. The family believes that Danny would appreciate a donation to Ridgeview Alumni Endowment Fund.

Danny Albert Scott, age 76, of Marietta, Georgia, passed away at his home on Wednesday, July 1, 2020. Danny was born in Harrisburg, Illinois, on February 9, 1944, to the late Frank and Nancy Scott. He graduated from Northern High School in... View Obituary & Service Information

The family of Danny Albert Scott created this Life Tributes page to make it easy to share your memories.

Send flowers to the Scott family.