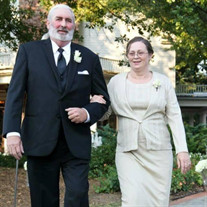 Mr. David Wayne Bach, aged 60, passed away peacefully at home on Wednesday, December 29th, 2021. He was born May 5th, 1961, in Atlanta, the youngest son of Eugen G. Bach, Sr. and Rachel Ann (Satterwhite). David was preceded in death by his loving wife, Joyce, as well as by his mother, father and brother, Dale "Wesley" Bach. David is survived by his two daughters, Sarah Goebel (Mark) and Sally Still Cuthbertson (Brock), as well as his four grandsons, Wesley and Troy Still and Rowan and Asher Goebel, his brother, Reverend Dr. Eugen G. Bach, Jr. (Virginia), as well as a niece, several nephews, cousins and numerous dear friends. David graduated from Tampa Bay Vocational Technical School in 1979. He went on to join Local Union 72 Plumbers, Pipefitters and HVAC Technicians, and worked for several major Atlanta area companies, working in both residential and commercial heating and air. In January 2006, David retired from Shriver Mechanical, but remained a lifelong member of the Local Union 72 Plumbers, Pipefitters and HVAC Technicians. David was a devoted member of First Baptist Church of Atlanta for over 10 years. He committed to daily study and fervently believed he would be welcomed by the Lord with open arms when the time came. David cherished his role as a grandfather, and found great joy in sowing the seeds of faith, love and belief in the lord in their hearts. During his down time, David enjoyed all things Harley Davidson, car mechanics and a cup of coffee at Waffle House with friends. A visitation will be held on Monday, January 3rd at Mayes Ward-Dobbins Funeral Home, 3940 Macland Road, Powder Springs, GA 30127. The family will receive friends from 5:00 - 7:00 P.M. A celebration of life will be held on Tuesday, January 4th in the Chapel of Mayes Ward-Dobbins at 4:00 P.M. David will be laid to rest on Thursday, January 6th next to his beloved wife at Danville Memorial Gardens in Danville, VA, at 1:00 P.M. In lieu of flowers, donations in honor of David may be made to the American Cancer Society.

Mr. David Wayne Bach, aged 60, passed away peacefully at home on Wednesday, December 29th, 2021. He was born May 5th, 1961, in Atlanta, the youngest son of Eugen G. Bach, Sr. and Rachel Ann (Satterwhite). David was preceded in death by his loving... View Obituary & Service Information

The family of David Wayne Bach created this Life Tributes page to make it easy to share your memories.

Send flowers to the Bach family.