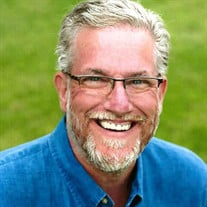 In the midst of struggle, I found there was, within me, an invincible peace. In the midst of tears, I found there was, within me, an invincible joy. In the midst of winter, I found there was, within me, an invincible summer. And that makes me happy. --Anonymous Gregory Todd Jones, professor of law and statistics at the University of Georgia’s Terry School of Business, founder of Cooperation Science LLC, and founder of Living Wide, died December 11, 2020 at his home in Marietta, Georgia after a courageous battle with lung cancer. Gregory was born May 29, 1960 in Honolulu, Hawaii, the son of Lt. Col. Warren and Marjorie Jones. He graduated from Niceville High School in 1978, the University of the South in 1983 (BA), Auburn University at Montgomery in 1992 (MBA), Georgia State University in 2003 (JD and MPA) and 2004 (PhD). While attending law school, he met his wife Sherry Everett, and they were married in 2000. Gregory was a strategist, professor, and decision scientist who devoted more than thirty years to helping organizations of all types navigate complexity, promote adaptive change, and create environments that bring out the best in all people. He accomplished this work through both his academic teaching and through Cooperation Science LLC of which he was the founder and principal scientist. Gregory had a passion for creativity, which was evident in his woodworking, researching, writing, cooking, landscaping, and painting. He loved being outdoors where he rock climbed, hiked, fished, cycled, and kayaked. He and his family traveled to places like Hawaii, Australia, Jamaica, Puerto Rico, Dominica, and Galapagos for adventures such as ziplining, canyoning, whitewater rafting, snorkeling, and trekking to waterfalls. Gregory was diagnosed with lung cancer in 2017. He dedicated himself to maximizing the width of his life because he had no control over the length. To mentor, educate, and advocate for others, he founded Living Wide, an organization dedicated to helping all people live with joy, hope, meaning, and purpose in spite of profound uncertainty. He is survived by his wife Sherry and his two children Christopher and Elizabeth. He is also survived by three siblings Marvin Jones and his wife Debbie of Walterboro, South Carolina, Anne Jones of Wetumpka, Alabama, and his twin, Cynthia Wilson of Destin, Florida, as well as many nephews and nieces. Gregory is predeceased by his parents and his brother Ronald Jones. The family is grateful for the support provided by family, friends, his palliative care team, and Bristol Hospice. Gregory was thankful for the many lung cancer patients who came before him and participated in clinical trials. The service has been postponed. In honor of Gregory’s dedication to lung cancer advocacy, research, and support, memorial contributions may be made to the Lungevity Foundation (www.lungevity.org).

The family of Gregory Todd Jones created this Life Tributes page to make it easy to share your memories.

In the midst of struggle, I found there was, within me, an invincible...

Send flowers to the Jones family.