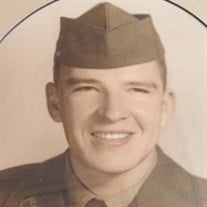 Don was born on November 25, 1933 in Marietta, Georgia to James Davis (JD) and Melba Holland Carnes. As an only child, he remembered and cherished time spent with cousins and grandparents along Burnt Hickory Road. After graduating with Honors from McEachern High School, his formal education was interrupted as he began working for Lockheed Aircraft. Following these years, he served two years active duty with the United States Army in Europe. During his army career, Don served as a German interpreter for South German Headquarters in Munich, Germany. This assignment occurred primarily as a result of him having learned to read, write, and speak German fluently, after studying the language for three years by means of Home Study Courses and a short wave radio. After being honorably discharged from the military, Don decided to take advantage of the GI Bill to continue his formal education. He received his B.A. degree from Georgia State University in Sociology while working a forty hour week at Lockheed. Upon receiving a University Graduate Study Fellowship from Florida State University, he studied and was awarded a Master’s degree from Florida State in 1965. His Doctor of Philosophy degree was also successfully completed at Florida State University. Dr. Carnes also served as an instructor through the University of Maryland, at the Institute of History, in Germany from 1976-1981. His passion for genealogy, travel, and lifelong learning kept him active. Traveling excursions left him with only six European countries not visited. Family and friends recall him as being blessed with a depth of intellect and scholarship which was shared and enjoyed. Don was preceded in death by his parents JD and Melba Carnes. Mrs. Odene Greene Rakestraw, a faithful cousin and friend, also preceded him in death March 2020. Don is survived by cousin Sara Carnes Brown of Powder Springs, GA, Ricky Carnes of Whitesburg, GA, and special friend and caretaker, Maria Moreno - along with other distant relatives and friends. A family graveside service will be held on Tuesday, April 14, 2020 at 11AM, at New Salem Baptist Church, Kennesaw, Georgia, with Pastor Nicholas Pepper officiating. Mayer Ward Dobbins Historic Funeral Home is in charge of arrangements.

Don was born on November 25, 1933 in Marietta, Georgia to James Davis (JD) and Melba Holland Carnes. As an only child, he remembered and cherished time spent with cousins and grandparents along Burnt Hickory Road. After graduating with Honors... View Obituary & Service Information

The family of Dr. James Donald Carnes created this Life Tributes page to make it easy to share your memories.

Send flowers to the Carnes family.