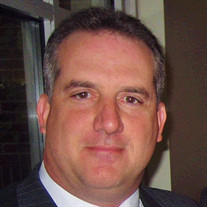 James White Saye (Jim) passed away peacefully in his sleep on Monday June 28, 2021. Jim was born on March 19, 1962, at Piedmont Hospital in Atlanta, Georgia to Patricia Ann White Saye and Robert Paul Saye Jr. Jim grew up in Decatur, GA and Stone Mountain, GA where he graduated from Clarkston High School. He obtained an Agricultural Engineering degree from Abraham Baldwin Agricultural College in Tifton and a Public Relations degree from the Journalism School at The University of Georgia. Jim worked in Marketing Communications and Engineering at Lockheed Martin in Marietta, GA for 19 years retiring in 2015. He served his country proudly and honorably in the Georgia Army National Guard as a member of the U.S. Army Long Range Surveillance Unit as part of Company H 121st Infantry. Jim is preceded in death by his parents and his grandparents, James Culbert and Willie Pearl White and Robert Paul and Emma Yarbrough Saye. He is survived by his sons, Elijah James White Saye and Levi Thomas White Saye of Dallas, GA; his brother Robert Paul Saye III and his nephew Robert Paul Saye IV of Alpharetta, GA. The family would like to express our deep love and gratitude for Jim’s lifelong best friend, David Seaton. Jim lived a rich and interesting life. He lived in Washington D.C., several years, including working at the Saudi Arabian Embassy, before moving back to Georgia to join the National Guard and attend the University of Georgia. It was at UGA that he met his future bride and mother of his children, Jamie Lewis Saye. They married on October 9, 1999, and lived in Acworth, GA. Elijah was born in 2006 and Levi in 2012. Jim was a loving and dedicated father who loved his boys more than anything else. He and his family were very proud of his service to our country, and he remained very close with his “Band of Brothers” throughout the years. Jim was activated for security at the 1996 Atlanta Olympic Games and was awarded the medal for that duty. He had a great love for the University of Georgia and his UGA heritage – “GO DAWGS!” Jim was funny, intelligent and loved by many. Jim possessed a deep Christian faith. He loved The Lord, and we know he is with Him now. Jim will be missed by all whose life he touched but never forgotten. In lieu of flowers, the family asks that you consider a donation to Veterans Recovery Resources (www.veteransrecoveryresources.org) in Jim’s honor. A Memorial Service will be held at 2:00 PM Wednesday, July 21st in the chapel at Mayes Ward-Dobbins Funeral Home in Marietta. Visitation will be from 1:00 - 2:00 PM Wednesday.

The family of James White Saye created this Life Tributes page to make it easy to share your memories.

James White Saye (Jim) passed away peacefully in his sleep on...

Send flowers to the Saye family.