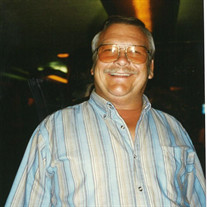 Joe Oliver Holtzclaw, 77, of Powder Springs, GA., passed away on January 6, 2021. A Graveside Service will be held at 11:00 AM on Friday, January 8, 2021 at Kennesaw Memorial Park in Marietta, GA. Joe was survived by his loving wife of 59 years, Joy Holtzclaw, of Powder Springs, GA.; his daughters Cindy Chapman, of Kodak, TN., and Roxanne Burr (Marvin), of Buford, GA.; his sons Michael Joe Holtzclaw, of Sharpsburg, GA., and Matthew Joe Holtzclaw (Amanda), of Powder Springs, GA.; grandchildren, Brett Holtzclaw (Laura), Synthia Bean (Brian), Jared Burr, Joshua Burr, Sara Holtzclaw, and Abby Holtzclaw; great-grandchildren, Honor Holtzclaw, Abigail Holtzclaw, Canaan Holtzclaw, and Lillyanne Bean; sisters, Libby Thompson, Doris Wallace, and Mildred Davis; brother, Jerry Holtzclaw; as well as many loving nieces and nephews. Joe is preceded in death by his parents, Joe Oliver Holtzclaw, Sr., and Mamie Irene Holtzclaw; his siblings, Evelyn Mulkey, Sybil Pitts, Opal Dimpsey, Claude Holtzclaw, Carolyn Roberts, and Cathy Ray; his daughter-in-law, Arlene Holtzclaw; and his son-in-law, David Chapman. Joe Oliver Holtzclaw, Jr – A Great Husband, Daddy and Pawpaw. He was born May 13, 1943 in Calhoun, GA. The first son of Mamie and Oliver Holtzclaw. The seventh of thirteen children. They were sharecroppers and they lived in ‘borrowed’ two or three room houses in the middle of fields. Joe usually slept in a room with seven or more people – brothers, sisters, other relatives. Family was what they had and what they knew. Joe was shooting rabbits and squirrels when he was seven – so the family could have some meat. He told us about going to school and how he even got to ride the bus. Sometimes he even got to trade a homemade biscuit lunch for store brought piece of bread sandwich. On Sundays they got to go to church services if their neighbors stopped by and picked them up in their wagon. Joe enjoyed those times and would tell stories that occasionally they got to go twice on Sunday’s once with the Methodist neighbors and once with the Baptist neighbors. In some tough times, they had to move out of the country and into Atlanta – Cabbage Town – to find ways to make money for basics. Joe dropped out of high school after 9th grade and took a job at a gas station to help support the family. A few years later, when he was about 18, he was out in Lithia Springs at the Drive-In with some friends when he met Joy Fambrough. It was love at first sight. They married on September 1, 1961 at a justice of the peace. He found a job in Clarkdale at the cotton mill and he drove school buses for a while. They had their first child on October 7, 1962 – Cynthia. He continued to work hard to make sure his little family did not need for things like he did growing up. They stayed around Clarkdale and had two more kids – Roxanne in 1964 and Michael in 1965, Joe got on with the maintenance crew at the mill. He really got into electrical work, but then they moved to Powder Springs on highway 5 and he took on managing two gas stations. There they had one more child in 1969 – Matthew. Joe decided he would rather do electrical work and started his own electrical subcontracting business. He was highly successful, and the family even moved to a more ‘countrified’ part of Powder Springs called Macland in 1972. The house on 5 acres they still have today on Gus Robinson Road – almost 50 years there. He designed the house, and it was a big one for the family – an extra-long ranch with bedrooms for each kid. Mom really wanted a pool; she had been quite the swimmer growing up. So, it was a huge treat that an in-ground pool was installed. Family meant the world to Joe and he had a gathering once a year on July 4th an invited his brothers, sisters and their families over – it was a huge party. He also took his family to any gatherings he could get them too – this was generally Christmas with the same group on July 4th and at least two family reunions in August – Strickland and Siniards. He loved getting together with family and was never one to sit aside, always in the middle keeping the conversation lively. He was quite the storyteller and kept everybody around him laughing whenever he could. Over time his business went from electrical sub-contracting to general contracting. Over that same time all his children worked for some period for him. Matthew continued to work for him until he retired and turned the business over to Matthew. Joe worked very hard and long hours to make sure his family did not need for anything. They never knew the life he grew up in – except for the Sunday drives he took them on to show them places he lived and played at when he was small. He wanted the kids to see where he came from. Joe was highly successful in his business and was able to retire very comfortably. Joe loved to spend time with the grand kids. In fact, he probably spent more time in the pool with them than he had ever done when his kids were small. He bought them electric riding toys and loved to watch them play in his big yard. The grandkids loved his Thanksgiving feasts. He let them ‘help’ and he made it big. He and Joy were able to travel a bit and to enjoy watching several grandchildren grow-up before he was diagnosed with dementia. They had many years together. In fact, 2021 would have been 60 years of marriage for them. Far more years than most people could even imagine. The last two years have been a serious challenge, but he was so blessed to have Joy to look after him. Arrangements made under the caring guidance of Mayes Ward-Dobbins Funeral Home & Crematory in Powder Springs, GA. mayeswarddobbins.com 770-943-1511

Joe Oliver Holtzclaw, 77, of Powder Springs, GA., passed away on January 6, 2021. A Graveside Service will be held at 11:00 AM on Friday, January 8, 2021 at Kennesaw Memorial Park in Marietta, GA. Joe was survived by his loving wife of 59 years,... View Obituary & Service Information

The family of Joe Oliver Holtzclaw, Jr. created this Life Tributes page to make it easy to share your memories.

Send flowers to the Holtzclaw, family.