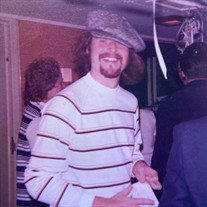 John Millard Duncanson, 72, of Powder Springs, GA passed away on Thursday, March 18, 2021 in Austell, GA. John’s wishes were to not have a service and his hope is that everyone remember him in their own way. John is survived by his wife, Stella Duncanson of Powder Springs, GA; sons, Derrick James Duncanson of Andersonville, SC & Jake Ryan Duncanson of Chattanooga, TN; daughter, Julia Doris Duncanson of Athens, GA; sisters, Arlene Doris Duncanson-Taylor of Charlottesville, VA & Doreen Carol Kerwin of Basking Ridge, NY; caregiver, Sara Morris of Carrolton, GA; and many nieces and nephews. He is preceded in death by his parents David & Doris Duncanson; Aunt Shirley & Uncle Ray; and his beloved dog and faithful companion Frankie Deller Duncanson. John was born on Sunday, February 27, 1949 in Mineola, NY to David & Doris Duncanson. John graduated from Texas Christian University and was a lifetime TCU Horn Frog football fan. John met Stella in Houston, TX and they were married for 40 wonderful years. He was a dedicated husband and father, raising three beautiful children. John was a big history buff and an avid traveler. His many travels led him to Europe, Asia, and Australia, as well as Central and North America. He had a wonderful sense of humor and loved to laugh. John’s sense of humor and loving presence will be forever missed. The family has asked that in lieu of flowers that donations be made in John’s name to the ASPCA at www.aspca.org/ or to Parkinson’s Foundation at www.parkinson.org. Arrangements made under the caring guidance of Mayes Ward-Dobbins Funeral Home and Crematory Macland Chapel in Powder Springs (770)943-1511 www.mayeswarddobbins.com

John Millard Duncanson, 72, of Powder Springs, GA passed away on Thursday, March 18, 2021 in Austell, GA. John&#8217;s wishes were to not have a service and his hope is that everyone remember him in their own way. John is survived by his wife,... View Obituary & Service Information

The family of John Millard Duncanson created this Life Tributes page to make it easy to share your memories.

Send flowers to the Duncanson family.