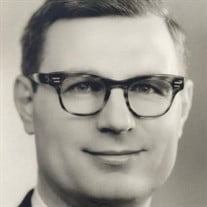 John Calhoun Greider, 93, passed away March 24, 2022, peacefully with his family by his side. He was born in Atlanta, Georgia in December 1928, the son of William Frederick and Nadine Greider (nee Calhoun). He grew up in Decatur, GA but also spent time working on a family farm in Soperton, where he developed lifelong friendships, a love of nature, and a strong work ethic. He graduated from Decatur Boys High where he lettered in baseball and was nominated for a baseball scholarship to The University of Georgia. After serving in the Merchant Marines, he earned a BA from Georgia in 1953, a BD from the New Orleans Baptist Theological Seminary in 1955, and an MA from the George Peabody College at Vanderbilt University in 1956. Fluent in German and Greek, he studied and taught classical languages and literature at the University of Heidelberg, Germany, before completing a year-long Fulbright Scholarship in Thessalonica, Greece. Dr. Greider earned a PhD. in 16th century English Literature at the University of Liverpool, England. He taught English Literature at DePaul University in Chicago, where he met and married the love of his life, Marilyn Muench. They returned to Georgia in 1966, where Dr. Greider served as the founding Chairman of the Humanities Division at Kennesaw College and Professor of English (1966-1997). Dr. Greider was an active member of the Marietta Civitans, serving as President in 1978 and later as Chaplain. A lifelong scholar, he authored The English Bible Translations and History, updated in 2013. In addition to his academic pursuits, Dr. Greider taught Sunday school at First Baptist Marietta, was an avid photographer, and a global traveler. The first in his family to go to college, he mentored and inspired countless students. He will be remembered for his caring heart, love of family and wildlife, and passion for learning. He is preceded in death by his wife of 56 years Marilyn Greider. He is survived by his son Wendel C. Greider and daughter-in-law Marissa of Atlanta, daughter Courtney G. Sansam and son-in law Christopher of Oklahoma City, and grandchildren, Delphina Carolina, and Mitchell. Services will be held at First Baptist Church of Marietta on Wednesday, March 30th at 11AM. Family will receive friends prior to the service. In lieu of flowers, gifts may be made to: New Orleans Baptist Theological Seminary, 3939 Gentilly, Blvd, New Orleans, LA 70126 or The Atlanta Ronald McDonald House Charities, 795 Gatewood Road, NE, Atlanta, GA. 30329.

John Calhoun Greider, 93, passed away March 24, 2022, peacefully with his family by his side. He was born in Atlanta, Georgia in December 1928, the son of William Frederick and Nadine Greider (nee Calhoun). He grew up in Decatur, GA but also... View Obituary & Service Information

The family of John Calhoun Greider created this Life Tributes page to make it easy to share your memories.

Send flowers to the Greider family.