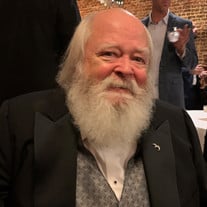 Johnny Johnson was born at midnight between Christmas day and the day after, officially claiming December 26, 1946 as his birthdate. He was born in Villa Rica, GA. On Wednesday, February 24, 2021, he passed away due to complications of Covid-19 in Marietta, GA. He leaves behind his wife of 50 years, Anna; two children, Jana Johnson Barry and Jerad Johnson (Rylee); 7 grandchildren, Jaden, Jordan, Julieann, Jett, Jaylen, Jennings, and Jace. They all loved their “Pop-pop”, “Pops”, and ”Poparoo”. Johnny owned and operated Edward-Johns Jewelers in East Cobb for almost 42 years. He was Georgia Jeweler of the year, Past President of the Georgia Jewelers Association and has won hundreds of design awards. He was very involved in Kiwanis starting the original East Cobb Kiwanis Club in 1980. He was also a member of the Marietta Golden K Club and the Cascadia Club. He has held almost every position possible in the Kiwanis Organization: Distinguished Secretary, Distinguished President, Lt. Governor, Georgia Governor, International Trustee, and many more. Johnny has won many awards in Kiwanis, including Lifetime achievement awards and the first “Work horse of the year” award. Johnny was elected to the Cobb County School Board from 1996 – 2008. He was passionate about helping students, teachers, staff members, administrators, and East Cobb. He wanted the best for them and worked tirelessly to make great things happen. Johnny was awarded East Cobb Citizen of the Year (1992) and has handmade the plaques every year. He is a Past President of the YMCA Board of directors, Leadership Cobb Alumni (1989), Friends of the East Cobb Park Board, Cobb Community Foundation Board, Past President Simpson MS PTSA, President of Citizens Advisory Council for Simpson twice and Hightower MS once, Cobb Youth Leadership steering committee, Partner in Education for 30 years, Partner in Education Steering Committee (county) for 6 years, “Volunteer of the Week” by Atlanta Journal, “Lifetime member in PTA” by the Ga PTA, “Golden Rule Award” for Education in the Metro Atlanta Area by United Way, and “Wall of Fame” inductee at Pope High School. He was also fortunate enough to be the East Cobb Park Santa, offered free pictures with Santa at his jewelry store (Edward-Johns Jewelers) every Christmas and volunteered his Santa services whenever possible to the Foster Care system and multiple Missions. Johnny was known to be a funny, caring, involved man that was filled with stories. If you met him once, you left feeling like you had known him for years. He was genuine, loving and kind. He was the BEST. He loved his wife Anna, kids and grandkids. His memorial service will be Saturday, March 6th at 2:00pm at Johnson Ferry Baptist Church, 955 Johnson Ferry Rd., Marietta, GA 30068.

Johnny Johnson was born at midnight between Christmas day and the day after, officially claiming December 26, 1946 as his birthdate. He was born in Villa Rica, GA. On Wednesday, February 24, 2021, he passed away due to complications of Covid-19... View Obituary & Service Information

The family of Johnny M. Johnson created this Life Tributes page to make it easy to share your memories.

Johnny Johnson was born at midnight between Christmas day and...

Send flowers to the Johnson family.