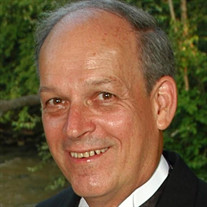 Following a stoic fight against cancer, Lt. Col. John Edward Murray Jr, age 77, passed away peacefully at his home on May 15, 2020. At the time of his passing, John was surrounded by his wife and children. John is survived by his loving wife of 55 years, Anne Kirk Murray and his five children, Lisa Catherine Murray, Cynthia Lynn married to Robert John Gulde, Victoria Christine married to Mathew Thomas Ingate, Angela Elizabeth married to Dustin Bijan Kia, and Brett Mathew Murray married to Lydia Tankersley and his seven grandchildren: Eden, Reid, and Davis Ingate; Noah and Emma Gulde; and Anders and Daphne Murray. John was born in Denver, Colorado, on June 7, 1942, to Col. John Edward Murray and Margaret Mary McCarthy. John ("Skook" to his family) was the oldest of six brothers Michael, Peter, Patrick, Dennis, and Terrance. John spent his youth living throughout the United States, moving often due to his father's Air Force career. John shared many stories of his childhood, like running through the tobacco fields in Virginia, fishing on the beaches of Florida, hunting in Germany, and driving fast on Texas's farm roads. John was an active Boy Scout and achieved the rank of Eagle Scout. In 1960 John received an appointment to the USAir Force Academy and graduated with the Class of 1964, Squadron 9. Nicknamed "Mose" by his academy buddies, John entered the Academy with a desire to fly. While he never flew at the Academy, he was said to have "the look of an eagle" in his eyes and from classmate stories "discovered his real talents of following ski trails, snow bunnies and finding some good bourbon at the trail's end". John remained friends with his Academy classmates throughout his life. After graduation, Mose followed his ambition to fly and graduated from pilot training in 1965. John went on to show his bravery, calm, and skill, flying the C-141 and HH-43 Huskie ("Pedro") as a member of the Air Rescue Service in Vietnam, where he had 129 successful rescue missions. John also piloted three active presidents, distinguished dignitaries, and others in the C-9 and VC-140B (Jetstar) until his military retirement. During his 24 year USAir Force career, John received numerous awards and medals, including the Distinguished Flying Cross, Airman's Medal, Air Medal, Joint Service Commendation Medal, and Air Force Commendation Medal. A fond memory of his grandson is John visiting his elementary school for Veterans Day. At the time of his retirement, John held the record for most hours logged on the Jetstar. While in the military, John obtained his MBA from Southern Illinois University. Following his retirement from the military, John flew with American Airlines retiring as a captain. While with American, John received the 1994-1995 Leadership Award. When his head was not in the clouds, John was a loving and devoted husband to his wife of 55 years, and a caring, supportive father. John met Anne (nicknamed “Blossom”) while at the Academy and they were married in 1965 in Denver, CO. John and Anne raised five children, instilling in them a sense of adventure and wanderlust. As a military family, they lived in many places, including Texas, Washington DC, Germany, and their long-time retirement home of Marietta, Georgia. In each location, they embraced the culture and history and taught their children to do the same. The family history is full of fun photos and experiences from mountain top skiing, camping in Italy, trips to the beach, tailgates supporting Air Force Academy football, learning about national treasures in Washington DC, castles in Europe, and long road trips visiting National Parks, monuments and family. As a father, John was always available to stay up late to help with homework (even after returning from a long trip), loved sports, and cheering on his children with a loud "G-O Hotshots! or S-C-O-R-E" from the sidelines. John was always a bit mischievous and always enjoyed giving a good scare at Halloween or engaging in an impromptu snowball fight. John encouraged each of his kids to follow their own career paths and was always willing to help with moving or tackle a redecorating project as his kids moved out on their own. "He was always there when we needed him." John was a caring grandfather and enjoyed returning to his inner child with his young grandchildren by playing with trains, bowling, and carving pumpkins. As John's grandkids got older, he passed along activities he loved like golf, fishing, water fights, sporting events, and SNL. John willingly shared words of wisdom, lessons learned, and stories that improved and embellished with each telling. John was also a loving and supporting Father-in-law to his three sons-in-law and his one daughter-in-law who said, "He showed his love to each of us through actions and selflessness always to be there to help." John's granddaughter described him as "a gentleman and brave" and he is remembered by friends as "easy-going, confident and composed. Just the type of man you want to be piloting your plane." John will be remembered for enjoying any celebration with good food and dancing, being part of great conversations over a cold beer or two, his unique but delicious cooking style, and the love and support he provided his wife, children, and their families. Services are pending with burial at the US Airforce Academy. Contributions can be made to the following: Cancer Research Institute https://www.cancerresearch.org/ East Cobb Lions Club - In memory of John E Murray Jr http://eastcobblions.club/ Support for the Warriors - Honarary or Memorial Donation - In memory of John E Murray Jr. https://www.hopeforthewarriors.org/about/make-a-donation/ Air Force Aid Society - in Memory of John E. Murray Jr. https://afas.org/ Please add your remembrances and stories in memory of John.

Following a stoic fight against cancer, Lt. Col. John Edward Murray Jr, age 77, passed away peacefully at his home on May 15, 2020. At the time of his passing, John was surrounded by his wife and children. John is survived by his loving wife... View Obituary & Service Information

The family of John Edward Murray Jr created this Life Tributes page to make it easy to share your memories.

Send flowers to the Murray family.