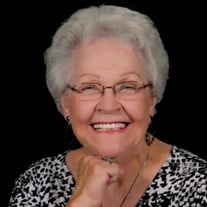 Juanita Lloyd Sigman passed away on July 7, 2021. She is survived by her four children. Paula House (Jody House), Lisa Roberts (William Roberts), Joey Lloyd (Peggy), Corey Lloyd (Brenna). She has ten grandchildren and six great grandchildren. Survived by her brother, Jim Davis of Leesburg, Georgia. Her husband Robert K. Sigman preceded her in death on February 26, 2014 after a long battle with pancreatic cancer. Born on January 23, 1941 in a small town in Cook County, Georgia, growing up in the Tifton and Moultrie areas. After graduating from Moultrie Senior High School, she moved to Atlanta for additional secretarial training. While going to school she worked at Ralston Purina Regional Sales Office until her first child was born. She then became a stay at home mom until the children were older. When returning to the working world in 1974. She worked three interesting years as the secretary for Dr. Henry Hill at Kincaid Elementary followed by 22 years at Georgia Tech as Secretary to six Vice Presidents of Student Services. What a wonderful career for a real people person. Her commitment to her community and children gave her many opportunities to get involved. Serving as PTA President for Kincaid Elementary, Cub Scout leader and Secretary for the Band Parents at Sprayberry High School. She enjoyed being involved with whatever activities the children were involved in. She worked on the first ever Johnny Isakson campaign for the state house with Dr. Hill and his staff. Always so full of energy, often being called the “Energizer Bunny”. She was always involved and doing for others. In her last and third battle with breast cancer she could be found in the kitchen making cookies or other goodies to take to her two 95 year old friends at Atherton Place. They thought she was little Miss Sunshine. She was always happy when she could bring sunshine into someone else’s life. Married H. Paul Lloyd on December 25, 1959, the father of her four wonderful children. The relationship ended in 1983. She met Dr. Robert K. Sigman in 1989, a rocket scientist at Georgia Tech. They were married in 1991. Everybody was so surprised that he was joining a big family because he was an only child. He made our mother so happy with the things he did with her and the family. She and Bob joined Marietta First Baptist Church in 2001. She enjoyed working in English School, Wednesday night dinner and the Coffee Shop on Sunday mornings. They both loved to travel and did all kinds of activities with longtime friends, had many and celebrations and activities with the family. After retirement they traveled, and both had amazing hobbies to keep them busy. She did beautiful ceramics and lots of people have many Santa’s, Nativities, and many other beautiful items she painted over the years. She painted over 800 Santa’s. She was an avid gardener and she always had beautiful gardens, took lots of pictures, framed some and made albums of the many different flowers and gave them away as gifts. She stayed in touch with her many friends during her life, local and long distance. She was kind, giving, caring, and loved life. She will be missed by her family and her friends. She loved her God, her children, her friend’s, and her country. Please join us for a memorial service at the Marietta First Baptist Church in the Chapel. The service will be on Friday, July 16th at 11:00a.m. The family will receive friends one hour prior to the service in the Church Parlor. In lieu of flowers, you can donate to the Marietta First Baptist Church Grateful First Campaign or to your favorite charity. If the church parking lot is full, remember there is a parking deck directly behind the church or use the Funeral Home parking lot next door.

The family of Juanita Lloyd Sigman created this Life Tributes page to make it easy to share your memories.

Send flowers to the Sigman family.