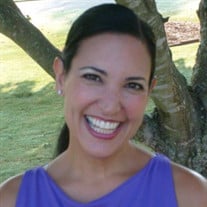 Lea (Hariklia) Gormanos, age 56, fell asleep in the Lord on December 4, 2021, from complications brought on by Crohn’s disease. Lea was born in Dallas, Texas on January 9, 1965. She is the eldest daughter of the late Charles Boudouris of Boston, Massachusetts, and Eleni (Nitsa) Boudouris of Faros Avlidos, Greece. Lea received a Journalism degree from University of Texas at Arlington and was a member of the Phi Mu sorority. After graduating she had a successful career at Key Bank and at Microsoft in Seattle, Washington. While living in Seattle, Lea met the love of her life Ted Gormanos and were wed on November 29, 1997. They moved to Houston, TX where Kyriaki (Kiki) and Yianni were born. In 2005, the family moved to Marietta, GA. Lea became involved with almost every ministry at the Holy Transfiguration Greek Orthodox Church. She taught Greek school and Sunday school, served on the parish council, was a member of the Ladies of Philoptochos, and managed many facets of the annual Greek Festival and other fundraisers. During her life, Lea was a member of the Daughters of Penelope of the Dallas, Texas and Spokane, Washington chapters as well as District Maid of the Year for Maids of Athena. If a new face donned the church premises, Lea had them at her house for a meal. She exemplified the word philoxenia (friend to strangers). With all of Lea’s work experiences her most fulfilling was working as a teacher’s assistant for Cobb County helping students who had various learning disabilities. Lea’s passion was to cook which drove her to become a self-taught culinary instructor. She would cook gourmet meals for family and friends as a way to express her love. Lea prided herself on her vast network of friends always helping the many ways she could. Many were unaware of Lea’s ongoing bouts of pain from her Crohn’s, pain that she permitted not to prevail in the face of her dogged determination to disallow her debilitating disease to define her life, a life most exemplified in her annual travels to Greece and other countries regardless of her ever increasing incapacity. Lea’s pride and joy was her family, especially her children Kyriaki (Kiki) and Yianni. She was their cheerleader when it came to their accomplishments with their schooling and other activities. The pride that she exhibited towards her children will never fade. Lea is survived by her husband Ted, and children Kiki and Yianni Gormanos. Her mother Nitsa of Dilesi, Greece, brothers James (Vicki) and children Dean and Sophia Boudouris of Johns Creek, GA, and Gregory Zigouris of Dallas, Texas. Brother and sister in law: Alex, Vassie and children Alexandros and Yianni(Godson)Skoulis; and Fr.Stavros and Thea Ballas. Goddaughters: Zoe Andrews, Angie Yianitsis, and Anastasia Defterios. The funeral service is scheduled on Monday, December 13, 2021 at 11AM and will be held at the Holy Transfiguration Greek Orthodox Church, 3431 Trickum Road, Marietta, GA with Fr. Panayiotis Papageorgiou, Fr. Stavros Ballas, Fr. George Pallas, Fr. Michael Tishel, and Fr. John Brown officiating. Visitation will be held from 5 to 7 p.m. with Trisagion at 6 p.m. at Mayes Ward-Dobbins Funeral Home, 180 Church Street, Marietta, GA 30060. The burial will take place in Spokane, Washington. In lieu of flowers, the family asks that you send a donation in Lea’s memory to Holy Transfiguration Greek Orthodox Church at https://holytransfiguration.info/online-giving/ or to Crohn’s Colitis Foundation in Atlanta, GA at https://www.crohnscolitisfoundation.org/chapters/georgia May Lea’s memory be eternal!

Lea (Hariklia) Gormanos, age 56, fell asleep in the Lord on December 4, 2021, from complications brought on by Crohn&#8217;s disease. Lea was born in Dallas, Texas on January 9, 1965. She is the eldest daughter of the late Charles Boudouris... View Obituary & Service Information

The family of Lea Boudouris Gormanos created this Life Tributes page to make it easy to share your memories.

Send flowers to the Gormanos family.