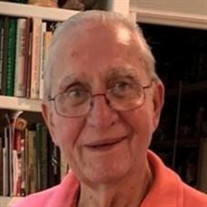 Max Paul Lorenz, M.D., F.A.C.S. died on the 30th of December, 2020. He was born in Joplin Missouri on February 20th, 1936 to his parents, Mabel Ruth McDuffee Lorenz and E. Paul Lorenz, an Architect. He and his parents moved to Tulsa, Oklahoma where he was educated through high school. He worked in the oil fields as a roustabout in a summer job starting in Kansas and building a pipeline in Northwestern Nebraska, to an offshore oil rig out of Lafitte LA, and two summers spent as a roughneck in the Salt Creek oil fields north of Casper, Wyoming. After graduation he attended the University of Oklahoma at Norman OK, and then attended Medical school at the University of Oklahoma Health Sciences Center in Oklahoma City. He did a rotation on the hematology service at the Lovelace Clinic in Albuquerque New Mexico. Upon graduation he went to Charity Hospital, New Orleans, LA where he did a rotating internship. He was awarded a scholarship which sent him to the University of Puerto Rico to study tropical medicine. Afterwards he travelled to the Dominican Republic, Haiti, and Jamaica. He was called to active duty in the United States Air Force upon completion. He was sent to San Antonio TX and served as a Flight Surgeon with the Strategic Air Command at Lockbourne AFB, Columbus, Ohio. He travelled with his troops to England, Spain, Japan, Okinawa, Labrador, and Greenland. While in TX, he proposed to his future Wife, Eleanor Childs. They were married at St. Paul’s Lutheran Church in New Orleans, Louisiana on Aug. 24th 1963. After his military service Max returned to New Orleans where he did a four year residency on the LSU service at Charity Hospital and served as the Chief Resident in the department of Urology. He moonlighted in Raceland, Buras, Kinder, and Hammond LA, as well as Magnolia, MS, in order to feed his wife and children. On completion of his residency he entered the private practice of Urology in Marietta GA. He was on the staff of Kennestone hospital where he served as the chief of Urology. He was also a clinical instructor at Emory University Hospital and served on the staff of Smyrna Hospital and Georgia Baptist Hospital. He had a fellowship to study Pathology at the Armed Forces Institute of Pathology, in Washington DC. After submitting numerous case reports he underwent written and oral exams and was selected as a Fellow of the American College of Surgeons. After examinations he became a member of the American Board of Urology. Max was a member of the S.E. section of the American Board of Urology, the Cobb County Medical Society and was a member of the American Board of Quality Assurance. He was also instrumental in bringing Lithotripsy (non-surgical kidney stone removal) to Marietta. Max was a woodworker and constructed beautiful pieces such as beds, side boards, bookcases and benches. He also restored old automobiles, including all mechanical, electrical, and cosmetic problems, including re-wooding the car bodies. There were 4 cars which are recalled: a 1958 MG A roadster, a 1967 Camaro convertible, a 1968 Camaro convertible, and a 1954 MG TF, Australian export model. Max was a life-time member of the Master Gardener Volunteers of Cobb County. He also worked in the Kitchen of St. James Episcopal Church as well as a volunteer in the St. James Thrift Shop in Marietta. He was married to Eleanor Lorenz for more than 56 years. She was the light of his life. He is survived by his wife Eleanor Childs Lorenz, his three remaining children, Max John Lorenz II (Darla Lorenz), of Marietta, GA, Leslie Michelle Chandler of Winterville, GA, and Alexander Paul Lorenz, of Miami, FL. Max was predeceased by his second son, Martin Austin Lorenz, at age 33 years, of Non-Hodgkins Lymphoma. He is survived by 6 Grandchildren, Max Alexander Lorenz, Emily Ann Lorenz, Ashleigh Logan Lorenz of Marietta, GA Beverly Eleanor Chandler, Leni Michelle Chandler of Winterville, GA., and Nina Lorenz Misi ofCity of Frutillar, Province of Los Lagos, Chile, and 2 Step Grandchildren, Corey Alan Evans of Marietta, GA and Ashley Deniece Evans of Atlanta, GA. Also, a sister, Leni Lorenz Bane of Singer Island, FL. The Family will receive friends 4-6 PM Saturday, January 9th at Mayes Ward-Dobbins Funeral Home in Marietta. In lieu of flowers, the family request donations to the Alzheimer's Association via alz.org.

Max Paul Lorenz, M.D., F.A.C.S. died on the 30th of December, 2020. He was born in Joplin Missouri on February 20th, 1936 to his parents, Mabel Ruth McDuffee Lorenz and E. Paul Lorenz, an Architect. He and his parents moved to Tulsa, Oklahoma... View Obituary & Service Information

The family of Max P. Lorenz, MD created this Life Tributes page to make it easy to share your memories.

Send flowers to the Lorenz family.