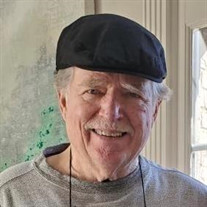 Michael “Mike” Jones, age 75, died on Sunday, September 12th, at his home in Marietta, Georgia. Mike was born and raised in Youngstown, Ohio and graduated from Ursuline High and YSU. In 1965 he met Kathy Pavlina, and after this chance encounter, he and Kathy embarked on a lifetime of fun and adventure during their 53 years of marriage. While working at U.S. Steel and raising two young boys, Mike decided to go to Youngstown State University to improve his life and the life of his wife and boys. During this busy period, he still found the time to throw the football with his boys, spend quality time with his nieces and nephews, and have the occasional beer with his buddies. After seven years of night school, Mike graduated with a Bachelor of Science degree. Shortly after, he was transferred to Nashville, Tennessee, and then eventually to the metro Atlanta area. While in Lilburn and Marietta, Georgia, Mike continued to support, love, and guide those that he loved. Whether it be with his co-workers at Airgas, his neighbors, or his five grandsons, Mike took great joy in spending quality time with the people in his life. His kindness and selflessness are two qualities that greatly define his life. He was a devout Catholic and member of St. Joseph’s Catholic Church and was a member of Knights of Columbus and B.P.O.E for decades. He is survived by his wife, Kathy Pavlina Jones, his sons Mick (M. Heidi) and John (M. Jennifer) Jones, his grandsons Elijah, Jack, Michael, Matthew and Andrew, his loving sister Linda Masi and many nieces and nephews. He was preceded in death by his father Eldred, his mother Margaret (Abrams) and his sister Marianne Martin. Donations in Mike’s name to Wellstar Hospice is welcomed by family. Funeral Mass will take place on September 23 at 10:00 at St. Joseph Catholic church in Marietta. Everyone is welcome.

Michael &#8220;Mike&#8221; Jones, age 75, died on Sunday, September 12th, at his home in Marietta, Georgia. Mike was born and raised in Youngstown, Ohio and graduated from Ursuline High and YSU. In 1965 he met Kathy Pavlina, and after this chance... View Obituary & Service Information

The family of Michael “Mike” Jones created this Life Tributes page to make it easy to share your memories.