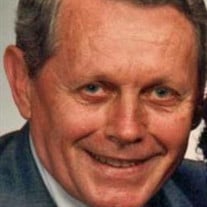 Duty, honor, country. Words to some; a code to others. To Col. (ret.) Michael Kovalsky, a member of the Long Gray Line, that code formed the foundation upon which he built his life and career. That life ended on May 9, 2020 in Marietta, Georgia, at age 94, as he valiantly fought the covid 19 virus, the last battle of his exemplary life. Mike was born in Windber, Pennsylvania, a small mining town. His father, John, immigrated from the Ukraine wanting what all immigrants want…a better life for themselves and their families. There he met and married Mary, another Ukrainian immigrant. Together they had four children. Mike’s father died of black lung disease when Mike, the oldest, was only 16. He became the man of the house and had to earn money to support his family as best he could. Mike’s childhood, and its attendant hardships and surviving the Great Depression, formed the impetus to leave his hometown in search of an education. From his father, Mike realized the importance of education in order to better one’s status in life. With a couple of twists and turns, he secured an appointment to West Point, graduating in 1951. He later earned a Master’s Degree in Geography from the University of Wisconsin. Mike married Jenny van Reyen. Jenny’s father had been a Dutch Army officer stationed in the Dutch East Indies and shortly after the start of World War II, Jenny and her mother and sister were interned in a Japanese camp. Mike, in his cow year, saw Jenny’s picture in the newspaper with President Truman for being the female winner from Holland of the post-War Marshall Plan essay contest. He was immediately drawn to her. Two years later, they were married. Mike and Jenny produced three amazing children: Midge (Reid) Kennedy, Mike (Karen), and Lynn (Tim). He made sure they were all educated, and on their own one went on to obtain a Master’s Degree and one a Juris Doctor. These three children gave Mike and Jenny seven grandchildren: Alexandra (Eric), Reid Michael, Michael Reyen (Kara), Laura (Jeff), Chris (Lauren), Michael, and Katie (Ben). And, yes, all were educated per Mike’s core belief in the value of education! There is a Civil Engineer, Attorney, CPA, Graphic Artist, Doctor, Polymer & Materials Engineer, and a Special Education Teacher. Mike got to meet five great-grandchildren, with a sixth on its way. Mike is also survived by his two younger brothers: John (Kathleen) and Bill (Julie), and six nephews and nieces. First and foremost, Mike was a great citizen of the United States. He loved God, his country, and was very proud of its form of government. Mike served in Korea and the Vietnam War. He also had overseas assignments in Chile and the Canal Zone. As an instrumental part in the preparation of the US relinquishing the Panama Canal to Panama, Mike received a Certificate of Appreciation from President Jimmy Carter. Mike also served as Congressional Liaison, an assignment, he said, as far removed from the world he knew at West Point and in the Army. Mike retired in 1981 after 32 years (2 prior) of distinguished and decorated service. Mike then focused the next chapter of his life on his love of education. But first a stint as a contractor in Saudi Arabia where he learned firsthand about an important part of the world. He then worked as a GED instructor, and later was asked to develop a citizenship curriculum at Dekalb College. The Georgia citizenship program became only the second one in the country. There were no textbooks or materials available that contained the information in a format geared toward teaching these special students our history and government and the obligations of becoming an American citizen rather than just memorizing the answers to the immigration test questions. So, Mike wrote his own book. The then Governor of Georgia, Sonny Perdue, heard about Mike’s book and invited him to present him with a copy of his book at the State Capitol. It was to be housed at the Governor’s mansion library in the Georgia Authors collection. This was a very special project for Mike and dear to his heart especially in view of the humble beginnings of his and Jenny’s own families. Mike worked tirelessly helping these motivated applicants filling out their immigration paperwork and explaining the process to them. Mike finally retired, for the second time, at the age of 89. His sense of humor, his unquenchable thirst for knowledge, his desire to help people, his spell-binding stories, his loyalty to friends, his love of family, his mesmerizing icy blue eyes, his quiet way of doing what had to be done without complaint or expectation of praise, these are among Mike’s attributes that will be missed. Col. (ret.) Michael Kovalsky will be interred at Arlington National Cemetery, Washington, D.C. where his wife Jenny has been waiting for him for ten years. Godspeed, Mike. www.mayeswarddobbins.com 770 428-1511

Duty, honor, country. Words to some; a code to others. To Col. (ret.) Michael Kovalsky, a member of the Long Gray Line, that code formed the foundation upon which he built his life and career. That life ended on May 9, 2020 in Marietta, Georgia,... View Obituary & Service Information

The family of Michael Kovalsky created this Life Tributes page to make it easy to share your memories.

Send flowers to the Kovalsky family.