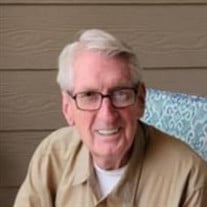 Renay S. Weatherby (78) of Marietta passed away Friday, March 18 at Kennestone Hospital from complications due to injuries sustained in a terrible car accident 8 days prior on Sandy Plains Road. Renay was born on November 20, 1943, in Benton,... View Obituary & Service Information

The family of Renay S. Weatherby created this Life Tributes page to make it easy to share your memories.

Send flowers to the Weatherby family.