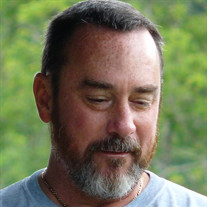 Robert (Bob) Porter Coon of Acworth, passed away on Saturday, November 7, 2020 at home. He was born in North Augusta, Georgia, the son of Richard (Dick) Coon and Caroline Hoodless Coon. Bob was educated at Waynesboro High School in Waynesboro, VA and the University of Virginia in Charlottesville, VA, where he received a Bachelor of Arts in Economics. Following his education, he spent his career as an employee of the DuPont Company and later INVISTA. He was a successful Production Planner/Scheduler during the later years in his career. Bob retired 8 years ago in September. Bob was married on October 9, 1993 to Barbara Ann Blash. Following their wedding he and Barbara lived in Chattanooga, TN for 4 years before moving to Acworth, GA. For the 27 years of their marriage Bob and Barbara enjoyed each other's company, as well as that of friends and family, at their homes in Acworth; Destin, FL; and more recently, in the mountains of Western North Carolina. Bob was a great lover of sports, nature, and the music of Pink Floyd and the Moody Blues. He played baseball and football as a young man, and he was an avid follower of college and professional sports throughout his life. He and Barbara, most recently, were enjoying learning and playing croquet and Bob was planning to get back into golf. In his younger days, he spent many days hiking trails in the Appalachian Mountains, both with friends and with his son. He donated generously to the Appalachian Trail Conservancy and University of Virginia. But most of all he loved his grandchildren and was so looking forward to spending more time with them. Bob was preceded in death by his parents. He is survived by his wife, Barbara Ann Coon: his son Justin Porter Coon (Rachel) of Suckley, England; and grandchildren, Sorrel, Rufus, and Digory Coxcoon of Suckley, England. A memorial service will be conducted at 4 p.m. Thursday, November 19, 2020, at Mayes Ward-Dobbins Funeral Home in Marietta, GA. The family will receive friends at 3 p.m. Thursday at the funeral home. The service will also be live streamed. In lieu of flowers, memorial contributions may be made to a charity of your choice.

Robert (Bob) Porter Coon of Acworth, passed away on Saturday, November 7, 2020 at home. He was born in North Augusta, Georgia, the son of Richard (Dick) Coon and Caroline Hoodless Coon. Bob was educated at Waynesboro High School in Waynesboro,... View Obituary & Service Information

The family of Robert "Bob" Porter Coon created this Life Tributes page to make it easy to share your memories.

Robert (Bob) Porter Coon of Acworth, passed away on Saturday,...

Send flowers to the Coon family.