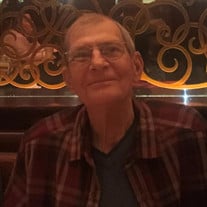 Robert “Bob” Jackson, of Marietta, GA, passed away on January 7, 2021. Bob was born in Seattle, Washington on December 9, 1947 of the late William and Lois Jackson. Son of an Air Force man, Bob spent his youth in many areas of the United States including Alaska as well as abroad in such places as The Philippines and Germany. After high school, Bob joined the United States Navy and served as a data processing technician on the U.S.S. Saratoga, aiding in the conflict in Vietnam. After leaving the military, Bob eventually settled in Miami, Florida as a data processing service bureau manager, eventually owning his own company. A strong man of faith, Bob became active in his church, sharing the Gospel to all he came in contact with through various homeless and addiction organizations including Set Free Ministries. Upon his arrival in Marietta, Georgia, Bob continued his mission, serving people with various needs through the Joeseph Storehouse Ministries at GraceLife Church. Bob loved being lakeside, and enjoyed fishing, sailing and the occasional round of golf. Bob is survived by his loving wife of 40 years, Linda Jackson, of Marietta, GA.; his daughter Tracy Boberg (Chris) of Marietta, GA.; his twin granddaughters, Melinda “Molly” and Natalie Boberg; his sisters, Diane Jackson, Nancy Alter (Warren), and Patricia Cole; his sisters-in-law Connie Fitts (Jack), and Pat Evans (Morris); as well as many loving nieces and nephews. He was preceded in death by his brother Larry Jackson. A memorial service is being planned for GraceLife Church, date and time will be announced at a later date. Arrangements made under the caring guidance of Mayes Ward-Dobbins Funeral Home www.mayeswarddobbins.com 770-943-1511.

The family of Robert "Bob" Jackson created this Life Tributes page to make it easy to share your memories.

Robert “Bob” Jackson, of Marietta, GA, passed away on January...

Send flowers to the Jackson family.