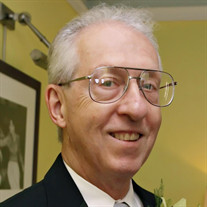 Samuel (Sam) Venable Carrington Jr., 80 years old, of Marietta, Georgia, passed away on Saturday, February 5, 2022, of complications from Parkinson disease. Sam was born on October 14, 1941, to Sam Carrington Sr. and Edna Marsh in Kingsport, Tennessee. After graduating from Roane County High School in 1959, he went on to study engineering at Tennessee Tech. After graduation, he landed his first job as an engineer for Lockheed Corporation, where he worked for 5 years before starting a long 29-year career in telecommunications for Western Electric, AT&T, and Lucent Technologies. During this time, he witnessed technology changes from punch-card computers to modern PCs, and from rotary-dial telephones to cellular phones. In 1966, Sam was introduced to Noreda Coleman, and after a brief courtship they wed in 1967, going on to have 3 children: Craig, Jason, and Stephen. Sam and Noreda celebrated their 55th wedding anniversary in January. Sam was honorably discharged from the United States Army Reserves in 1972, after serving since 1967. In the summer of 1985, the Carrington family went with grandparents Sam and Edna on a memorable 3-week road trip in their station wagon from Georgia to the West Coast and back again, yielding an abundance of stories retold at family gatherings ever since. After retiring in 2000, Sam was able to devote more of his time to traveling with Noreda and their friends, hunting deer with his buddies, and watching Tennessee Volunteers football on television. Sam was predeceased by Sam Sr., Edna, David (brother), and Jason. He is survived by Noreda, Craig (Sara Hass), Stephen (Kris Hale), Madeleine (granddaughter), Marsha McDaniel (sister), and Gaye McCullough (cousin). Visitation will be held at Piedmont Road Church of Christ on Thursday, February 10, at 10:00 am, followed by services at 11:00 am. Flowers are welcomed, and/or please consider a donation to the Michael J. Fox Foundation, the American Parkinson Disease Association, or Parkinson Foundation. Mayes Ward-Dobbins Funeral Home, Historic Marietta Chapel is handling the arrangements. 770-428-1511

The family of Samuel "Sam" Venable Carrington Jr. created this Life Tributes page to make it easy to share your memories.

Send flowers to the Carrington family.