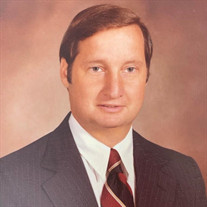 Steven James Martin, SR., the first wild and crazy Steve Martin, grew up in midtown Atlanta, attended Spring Street grammar school, O’keefe High School ,and University of GA. He went into the Army in 1964, completed Helicopter Pilot School, and served in Vietnam as a helicopter pilot ’65-’66 with ‘A’ Company 501st “Rattlers”. After a crash and near death experience, he had an appreciation and zest for life that was truly infectious. His positive outlook on life and wonderful sense of humor was uplifting to friends. He met the love of his life, Judy, while recuperating at Walter Reed Medical center. They were married at the chapel at Walter Reed and they made their home in Atlanta. He graduated from Emory Law School and practiced law in Atlanta for 30 years. He died at 80 years old on March 14th after a long battle with dementia. He is predeceased by his parents, Louise Irene and Otis Alvin Martin, and older brother, Jerry Martin (Pam). He is survived by his wife, Judy, their two sons, Steven Martin, Jr. (Leah) of Sandy Springs, GA; and Gordon Rick Martin (Victoria) of Osco, IL; brother Keith Martin (Sandy) of Lawrenceville, GA; sister Karen Pritchett (Steve) of Hoschton, GA; and three grandchildren; Aidan Martin, Kevin Martin, and Finn Martin. A memorial service will be held at First Presbyterian Church of Atlanta, April 19 at 11:00. Livestream is available at www.firstpresatl.org/livestream. In lieu of flowers, donations may be made in Steve’s memory to either AVVBA Foundation Scholarship Fund (by check) to C/O Alan Gravel, Treasurer, 3970 Glint Hill Road, Powder Springs, GA 30127-2809; (online) AVVBA.org. Or, USO Georgia: www.georgia.uso.org.

The family of Steven James Martin SR. created this Life Tributes page to make it easy to share your memories.

Send flowers to the Martin family.