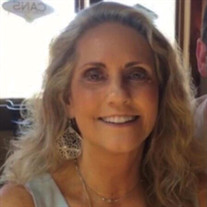 Sue (affectionately “Mama Sue”) passed away on Wednesday June 9th, 2021. Sue originally hailed from Knoxville, TN but lived in multiple locations across these great United States. After her first marriage (Clemens), she relocated to the East Bay area of California while her husband served (2) tours of duty in Vietnam. She then returned eastward to southern Indiana where she completed her undergraduate studies at Indiana University. Upon her second marriage, Sue relocated to the great state of Georgia where she worked, lived, and thrived the remainder of her days primarily in the Atlanta metro area. Perhaps Sue’s greatest professional accomplishment was her successful ascent into the ranks of the Certified Public Accounts of America. Sue is survived by her loving son Douglas Clemens, his wife Paige, their (2) children (Meagan and Sarah Grace), Sue’s nephew Robert Daniels and his wife Jennifer of Burlington, NC and Paige’s parents, Bill and Margaret Dobbins of Ocala, FL. Arrangements are as follows: -A visitation at the Mayes Ward-Dobbins funeral home in Marietta, GA on Tuesday, June 15th from 5-8 pm ET. -A graveside completion of her journey at New Gray Cemetery in Knoxville, TN on Saturday, June 19th at 2 pm ET. Both events are open to family, friends, and well-wishers who knew and/or cared for Sue. Sue, a direct descendent of an American Revolutionary, was ever present in the lives of her loved ones and, as a result, she will be sorely missed. The family requests that donations be made in Sue’s name to either of her two favorite and long-standing charitable institutions: The Red Cross or The Salvation Army.

The family of Sue Ellen Burman created this Life Tributes page to make it easy to share your memories.

Send flowers to the Burman family.