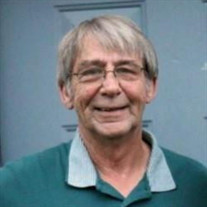 Mr. Thomas Michael “Mike” Worsham, age 75, of Marietta, Georgia passed away peacefully on Wednesday, May 19, 2021 at Tranquility Hospice Kennesaw Mountain. He was born in Rome, Georgia on January 16, 1946 to Clyde and Sue Tuck Worsham. He was a 1964 graduate of Cedartown High School. In his younger years, Mike enjoyed raising cattle for the 4H club. Mike shared wonderful memories with his family, especially his two younger brothers who are extremely close and devoted to one another. Mike enjoyed many fun times with friends as he was always participating in different activities. As a young boy, his work ethic began as he held many jobs including delivering bread, working as a golf caddy, grocery store employee, and automotive painting technician for Ford. His love for automotive work was utilized through his lifelong hobby of car restoration, where his skills were used to restore a 1955 Nomad from the frame up. Mike and his hometown sweetheart, Kathy Williams, married on August 02, 1971. They moved to Marietta shortly after so that he could be closer to his career as a locomotive engineer with CSX Railroad where he joyfully served 41 years. He also served as a local chairman with the United Transportation Union Local 1261 for 40 years. They were blessed with the birth of their only daughter and joy of their lives, Sheron Elizabeth, on November 11, 1976. Mike spent many hours helping and coaching her through her softball career from elementary until high school – continuing into adult league and tournament softball where they faithfully cheered her on. His coaching expertise continued on with their only granddaughter, Shay, as she too began playing softball at a young age. The family involvement in the softball community resulted in many lifelong friendships. Mike was of the Christian faith, and found beauty in God’s creation. In addition to his parents, he is preceded in death by his sister-in-law, Sue Witcher Worsham. Left to cherish his memory are his loving and devoted wife of 50 years, Kathy Williams Worsham of Marietta; daughter and son-in-law, Sheron and Mike Sikorski of Douglasville; granddaughter Shay Blalock and fiancée Josh Garrett of Carrollton; great-granddaughter in love, Sophia; brother and sister-in-law, Ray and Vickie Worsham of Dallas; brother, Ed Worsham of Acworth; an aunt; and a host of nieces, nephews, cousins, other loved ones and friends. He will be missed. The family will receive family and friends at Mayes Ward-Dobbins Macland Chapel, 3940 Macland Road, Powder Springs, GA 30127 on Friday, May 28, 2021 from 12:00 pm until 2:00 pm. A memorial service will follow at 2:00 pm. In lieu of flowers, donations may be made to WellStar Community Hospice and/or St. Jude’s Children’s Hospital.

The family of Thomas "Mike" Michael Worsham created this Life Tributes page to make it easy to share your memories.

Send flowers to the Worsham family.