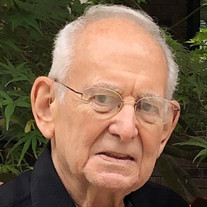 Today, I am the bearer of sad news. Our airport community has lost a great man and staunch supporter of Aviation. Wayne Parks devoted his life to keeping pilots safe and has now lost a long term battle with Leukemia. For over 26 years Wayne ran WHP Aviation, Inc. at the Monroe Airport and prior to that worked in the Service Department of Epps Aviation at PDK. Wayne as many have experienced was always a humble man with amazing expertise. He was fair to a fault and was always there to help in a time of need. Wayne’s love for aviation began at an early age as he rode his bicycle to and from a local NJ airport where he traded work as a line boy for flying lessons. Later as a pilot he entered the US Army where he worked at a number of bases including at Red Stone as a flight mechanic and crew chief. Wayne was the recipient of two FAA awards for safety the last being the Wright Brothers Master Pilot Award. Wayne was a skilled pilot who could and did fly anything with wings. Because of his knowledge, meticulous attention to detail and organization he was also sought out as an expert witness on crash investigation including the tragic crash of Ricky Nelsons DC3. If it flew, Wayne had knowledge applicable to it. He was highly regarded as one of the best Beechcraft technicians in the Southeast and clients brought aircraft from all over to seek his skills and solutions. Wayne was also a passionate Scuba diver having worked for the Miami Seaquarium where among other duties he represented them as a diver in exhibits for the 1964 New York World Fair. Always a moral and ethical man late in life Wayne found his faith in Jesus Christ. He embraced his newfound faith like he did everything else in his life with 100% commitment and devotion. Wayne left behind a legacy and example to the Aviation community of a well lived Life. He is survived by a daughter, brother, sister, grandchildren and his loving wife Sandra. Please remember Sandra in your prayers. Sandra and Wayne were one of the most devoted couples I have ever known and the coming weeks and months will be bitter sweet missing her dear Wayne but knowing he is in the arms of a loving God. In lieu of flowers Sandra has requested remembrances to: Gibbs Memorial Baptist Church P.O. Box 249 Bostwick, GA 30623. Please mark your remembrance in care of the “Wayne Parks Building fund” A private family graveside service is scheduled. Arrangements made under the caring guidance of Mayes Ward-Dobbins Funeral Home www.mayeswarddobbins.com 770-943-1511

Today, I am the bearer of sad news. Our airport community has lost a great man and staunch supporter of Aviation. Wayne Parks devoted his life to keeping pilots safe and has now lost a long term battle with Leukemia. For over 26 years Wayne... View Obituary & Service Information

The family of Wayne Howard Parks created this Life Tributes page to make it easy to share your memories.

Today, I am the bearer of sad news. Our airport community has...

Send flowers to the Parks family.