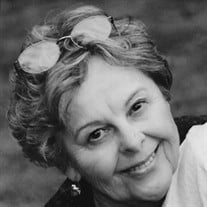 Judith Carleen Toole, 82, of Marietta, GA passed away peacefully on Tuesday, May 18th. Born in Panama City, FL to Louise Murray, Carleen graduated from Bay County High School in 1957 where was active in the school, beach, and SCUBA communities during her school years. Leaving Panama City, she graduated from Crawford Long School of Nursing where she met the love of her life, Dr. Cecil Toole. After becoming a Registered Nurse, Carleen and Cecil were married in 1960, raising three children together in Marietta. They were married for more than 50 years. Carleen was very active volunteering with the Westside Elementary PTA, Marietta Garden Club and Marietta Touchdown Club, working many paper drives, clothes drives, and every other kind of drive needed during her kids’ school years. Carleen was always the first to volunteer her time or home for any party or event. She and Margaret Anne Rose started a gourmet dinner club which lasted for many years. Once all of Carleen’s kids were in secondary school, she went back to work as a nurse in the ER at Kennestone Hospital for several years before fully “retiring”. She later served as a docent at the Georgia Governor’s Mansion for many years. Carleen was always at her best volunteering her time and supporting and loving her family. Carleen is preceded in death by her daughter, Kathryn, and husband Cecil. She is survived by her children, Jeff (Robin) Toole, Lori Oliver, and Janet (Mark) Knautz. She was always eager to share stories about her grandchildren, Zach (Shanelle) Oliver, Michael and Nicholas Knautz, and Alexis and Ben Toole. A visitation and memorial service will be held on Wednesday, May 26th the Mayes Ward – Dobbins Funeral Home in Marietta.. The family will receive friends 1 pm – 2pm and memorial service starting at 2 pm. A reception will be held afterwards at the Marietta Country Club from 3 pm to 5:50 pm. In lieu of flowers, it is asked a donation be made to the Good Samaritan Health Center of Cobb, 1605 Roberta Drive, SW, Marietta, GA 30008.

Judith Carleen Toole, 82, of Marietta, GA passed away peacefully on Tuesday, May 18th. Born in Panama City, FL to Louise Murray, Carleen graduated from Bay County High School in 1957 where was active in the school, beach, and SCUBA communities... View Obituary & Service Information

The family of Carleen Murray Toole created this Life Tributes page to make it easy to share your memories.

Send flowers to the Toole family.