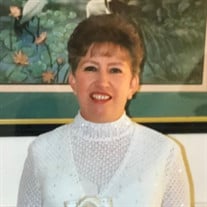 Carol Sanderson, 74, died peacefully in Marietta, GA on Thursday, October 29, 2020, after living a remarkable 16½ years as a heart transplant recipient. Born in 1946 in Atlanta, GA, she grew up primarily in Pensacola, FL. As a high school junior and member of the National Honor Society, Carol moved back to Atlanta, GA with her family and began her career as an operator at Southern Bell at the age of 17 while still in school. She attended the University of Georgia and spent many years as a homemaker and amazing mother raising her two children. Carol later climbed the ranks at BellSouth to a facilities space designer after being transferred to Birmingham, AL in 1991 where she later retired due to the effects of congestive heart failure. Carol married her best friend, Bill Sanderson, in Birmingham in 1992 and they later moved to Steinhatchee, FL. On April 12, 2004, she was offered a second chance at life when she received a heart transplant. In the years after her transplant, she grew flowers, enjoyed coloring and painting and became a Candy Crush master. She never met a stranger and became friends with the many in-home caregivers, physicians, nurses and hospital staff members she encountered throughout the remainder of her life. She inspired many with her positive, cheerful outlook and her tremendous will to fight for life. In 2019, Carol moved back to Marietta, GA to be near her children and grandchildren. She is survived by her husband, Bill Sanderson; children Heather Ross (Craig) and Nick Nichols (Katie); grandchildren Will Ross, Anna Nichols, Mitch Ross and Addie Rose Nichols; sisters Cindi Burton (Don) and Dee Willingham (Tommy). She was preceded in death by her parents, Betty Pearson (C.L.) and Maurice Wheeler (Eunice). Donations can be made in Carol’s name to Wellstar Community Hospice (https://www.wellstar.org/foundation/pages/give-to-hospice.aspx) and the family expresses appreciation to the many physicians, nurses and staff members who participated in her care at The Mayo Clinic (https://www.mayoclinic.org/giving-to-mayo-clinic) in Jacksonville, FL from 2005 to 2019. The family also encourages organ donations. For more information go to www.donatelife.net. Friends and family will be received during a visitation at the funeral home between the hours of 3:00 PM and 4:00 PM. A livestream of the service will be broadcast simultaneously on the funeral home website. Arrangements made under the caring guidance of Mayes Ward-Dobbins Funeral Home www.mayeswarddobbins.com 770-943-1511.

Carol Sanderson, 74, died peacefully in Marietta, GA on Thursday, October 29, 2020, after living a remarkable 16½ years as a heart transplant recipient. Born in 1946 in Atlanta, GA, she grew up primarily in Pensacola, FL. As a high school junior... View Obituary & Service Information

The family of Carol Sanderson created this Life Tributes page to make it easy to share your memories.

Send flowers to the Sanderson family.