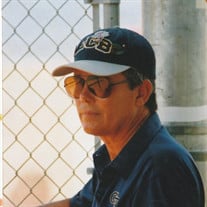 On April 23rd, Charles Thomas Poland Jr., known to all as either “Tom” or “Coach,” passed away suddenly and without prior illness at his home at the age of 70. A devoted husband and father, he is survived by his wife of 33 years, Anne; his children: Andrew (Jessica Daigle), Meg, and Elizabeth (Edgar Andujar); and his sisters, Bonnie Poland and Kathy Jones; and numerous nieces and nephews. He is preceded in death by his parents Charles Poland Sr. and Annie Laurie Poland. Tom lived life as a profoundly happy and caring man. His collected memories, experiences, and loves fueled the man, professional, coach, husband, and father that everyone was so blessed to have known. Tom always had a story to tell from a place of kindness, humor and empathy. Tom was born in Miami, Florida on September 28th, 1949. A child of the 50s and 60s, he played sandlot baseball and basketball on long summer days. In the early 60s his family moved to Marietta. He graduated from Sprayberry High School in 1967 and was among the first enrollees at Kennessaw State University. A lifelong student, he continued to take classes for the pure joy of learning despite having enough credits to graduate. Whether selling building supplies or customizing cabinents, Tom’s lifelong profession involved helping people build their homes to perfectly fit their families. He loved his work and had an encyclopedic memory of the developments and individuals involved in the creation of “Metro” Atlanta. A passion of his for 50-plus years, Tom was a beloved coach, playing a pivotal role in the formation of the Cobb County County’s middle school basketball program, and the founding of East Cobb Baseball. His commitment allowed him to touch the lives of countless kids, and he remembered each and every child he mentored over the years. Whether through his coaching or his fathering of his children and their friends, Tom created an atmosphere of play, mischief, and freedom he believed essential to the process of growing up. Tom’s greatest love was his family. To help, suppport, educate, and spend time with his wife and kids were his greatest priorities. The pride in his children was on full display to anyone who would listen, and in these recent days, it was discovered that he kept many mementos and sentimental tokens of his family within arms reach of him at all times. Tom was a principled and virtuous man whose mandate was to pass on his life lessons derived from his coaching to everyone he encountered while always injecting his special sense of humor. Tom’s inestimable and limitless memory will be a continued source of love, care, and humor to all who mourn and remember him going forward. In light of the current circumstances, a memorial is being tentatively planned for late September, around what would have been Tom’s 71st birthday. The family will continue to post updates on Tom’s Facebook page until that time.

The family of Charles Thomas Poland, JR created this Life Tributes page to make it easy to share your memories.

On April 23rd, Charles Thomas Poland Jr., known to all as either...

Send flowers to the Poland family.