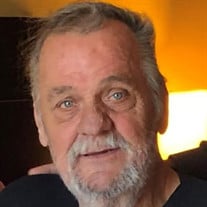 David Michael Clark of Marietta, Georgia peacefully passed away on October 25, 2020, age 71, after a long fight with lung cancer. He was cared for during this final transition by his wife and comforted by his daughter at the time of passing. Born September 25, 1949 in Marietta, Georgia, David was the fourth of six children to William Earl and Claudine Tippens Clark. He attended Osborne High School and began a flooring installation apprenticeship with his uncle around 1963. David established Clark’s Carpet & Flooring Installation soon thereafter, continuing to flourish as a master of his craft and an accomplished businessman for another 49 years until retirement. Throughout life, David was well-known for his happy, generous and selfless nature toward friends, extended family and total strangers, giving his last dollar and providing all help possible to anyone in need, without fail. He was good with his hands and always tended a bountiful garden. A man that could build, remodel or repair most anything, including automobiles and home construction. David was an avid outdoorsman who spent much of his time in nature. As a younger man he lived for deer season, hunting elk and bear in Alaska, and deep sea fishing for competition game halibut. In more recent years, he found enjoyment and peace fishing the lakes close to his home. David was predeceased by his parents who were lifetime residents of Marietta, his eldest daughter, Tara Claudine Clark of Douglasville, and brothers Ronald “Ronnie” Clark of Marietta and Christopher “Chris” Clark of Temple, Georgia. He is survived by his wife of 38 years, Patty Grate Clark of Marietta, daughter Chrysa Clark Holmes and two beloved granddaughters, Holly Raye Holmes (3 years) and Georgia Kalypso Holmes (11 months) of Los Angeles, California. David is also survived by his sister, Helen Stewart Clark of Jackson, Georgia, and brothers William “Buck” Clark, Jr. of Marietta, and Dean Clark of Bremen, Georgia. Pastor Jud Henley will preside over the graveside memorial service held at Georgia Memorial Park Cemetery, Saturday, October 31 at 12 noon. The Clark family welcomes stories, photos and memories that family and friends would like to offer. Flowers are welcome at Georgia Memorial Park Funeral Home and Cemetery, 2000 Cobb Parkway SE, Marietta, GA. 30060.

David Michael Clark of Marietta, Georgia peacefully passed away on October 25, 2020, age 71, after a long fight with lung cancer. He was cared for during this final transition by his wife and comforted by his daughter at the time of passing. Born... View Obituary & Service Information

The family of David Michael Clark created this Life Tributes page to make it easy to share your memories.

Send flowers to the Clark family.