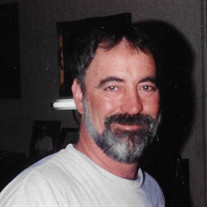 Douglas Alan Boff, 71, of Powder Springs, Georgia passed away on January 22, 2022. The Boff family will hold a private funeral at St. Clare of Assisi Catholic Church on March 11, 2022. His final resting place will be the Georgia National Cemetery Columbarium, in Canton GA. Doug was born in Fort Lauderdale and raised in Hollywood, Florida. Doug is a veteran of the Vietnam War where he served as a soldier in the United States Army. Primarily an Infantryman, he also specialized as a Radio Operator. For his service, he earned the National Defense Service Medal, Republic of Vietnam Cross of Gallantry, and many other commendations. He served honorably for six years. After his military service, Doug had a career in the pest control industry while also spending several years as a caregiver for an aging friend. Doug was an avid sports fan who rarely missed televised games of the Miami Dolphins or Miami Hurricanes. He dedicated much of his early adult life coaching youth baseball in Broward County where he always told his teams to “never be late” and play with “the eye of the tiger”. Doug’s other passion was fishing. He was a regular amongst fisherman who fished overnight from the Sunrise Boulevard Bridge searching for the next big snook. Doug, a loving husband, father, grandfather, and brother, is survived by his wife, Christine Ann Boff, of Powder Springs, GA.; his son David Boff and his wife Melissa of Kennesaw, GA.; grandchildren Patrick Boff, Catherine Boff, and Heidi Boff of Kennesaw, GA.; sister Sally Fleet and her husband Jim; brother-in-law Robert Trimmer; as well as many other extended family members. He is preceded in death by his parents, Edward Boff and Betty Boff; brother Thomas Boff; and his sisters, Paula Gay Boff and Jane Trimmer. Arrangements in care of Mayes Ward-Dobbins Funeral Home & Crematory Macland Chapel, in Powder Springs. (770) 943-1511 www.mayeswarddobbins.com.

Douglas Alan Boff, 71, of Powder Springs, Georgia passed away on January 22, 2022. The Boff family will hold a private funeral at St. Clare of Assisi Catholic Church on March 11, 2022. His final resting place will be the Georgia National Cemetery... View Obituary & Service Information

The family of Douglas Boff created this Life Tributes page to make it easy to share your memories.

Send flowers to the Boff family.