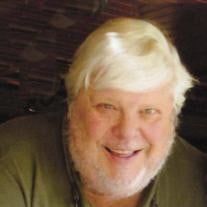 James D. (Don) Marler of Dadeville, AL., died on Sept. 27, 2012. Don was born on May 15, 1942 in Atlanta, GA. and is survived by his wife, Judy Marler; his grown children – Jennifer Lattanzi and her husband, Tony, of Lula, GA; Becky Welch and her husband LTC David Welch of Ft. Hood, TX, and Jake Marler and his fiancé Alyson Zambryck of Woodstock, Kerry Joffrion of Huntsville, AL., and Doug Holder of Sarasota, FL. He leaves 9 grandchildren – Reid and Olivia Lattanzi; Miranda and Maggie Welch; Owen Marler; Christian Holder Jones and Lily Sibold; and Channing Holder and Chase Doyle. Survivors also include his only brother, R.E. Marler of Flowery Branch, GA. Don’s business career spanned 31 years with Nabisco Brands. He joined Standard Brands (later Nabisco Brands) in 1967 as a Confectionery salesman in Atlanta, GA. He was promoted to District Manager of Confection Sales in 1970 headquartered in Columbia, SC. In 1974, he was assigned to Atlanta, GA as Region Sales Manager – Confection Sales. In 1978 he was promoted to Vice President Southwest District for all Nabisco Brands grocery brands headquartered in Dallas, TX. In 1981, Don was transferred and promoted to National Accounts Manager – Drug, Mass Merchandiser Sales headquartered in Parsippany, N.J. His next major promotion in 1983 was to Vice President in charge of National Accounts, headquartered in East Hanover, N.J. Don’s last promotion was to National Account Sales Manager– Movie and Entertainment National Accounts in 1995 where he was headquartered back in Atlanta, GA. Don retired from Nabisco Brands in 1998. He was an avid outdoorsman with interests in hunting, fishing, golf, college football and reading. Don’s love of people and his friendship with many of the people who touched his life made him someone who will be missed by all who had the privilege of knowing him. In lieu of flowers, donations in memory of James Donald Marler may be made to the Big Oak Children’s Ranch, 250 Jake Mintz Road, Gadsden, AL 35905. Viewing is Sunday, Sept. 30, 2012 from 5 to 7 PM and 1 to 1:30 PM Monday, Oct. 1, 2012 at Mayes-Ward Dobbins Funeral Home Chapel, 180 Church Street N.E., Marietta, GA 30060. The funeral will be at 2 PM on Monday, Oct. 1, 2012 in the Mayes Ward-Dobbins Funeral Home Chapel. www.mayeswarddobbins.com

The family of James D. (Don) Marler created this Life Tributes page to make it easy to share your memories.

Send flowers to the Marler family.