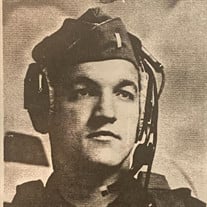 Born December 27, 1934 to William Huie and Lillian Middlebrooks Huie, John Emory Huie died on May 30, 2021. He grew up on the family farm in College Park, Ga. with his five brothers and bachelor uncle, Stace Huie. John was a 1952 graduate of Jonesboro High School, and in 1956 graduated from the Georgia Institute of Technology with a degree in Mechanical Engineering. After graduation, he served three years on active duty with the United States Air Force and nine years in the active reserve, all on flying status as a navigator. He achieved the rank of Major. He was a member of the Retired Air Force Reserve after being medically discharged because of diabetes. John’s engineering work was at Lockheed-Georgia Co. and as an independent contractor at locations in New York, California, and Florida. He changed fields and became a real estate broker in Texas. He moved to Florida and was an insurance agent and a self-employed property consultant. Finally, after 30 years of traveling, he moved back to Georgia and settled in Kennesaw. John was a member of Toastmasters International, obtaining the rank of Able Toastmaster. He was a voracious reader, especially of history. John is preceded in death by his parents, William and Lillian, brothers Bill (and wife, Dorris), Joseph Huie, and niece, Melodie Huie Tamm. Survivors include brothers James (Sandy), Donald (Claire), Douglas (Diane), and his sister-in-law, Jeanne (wife of his twin brother, the late Joseph). In addition to those mentioned, “Uncle John” will be greatly missed by his beloved nieces, nephews, great-nieces and great-nephews. A Memorial Service will be held at 12:00 PM on Friday, June 4th at Mayes Ward-Dobbins Funeral Home, Macland Chapel, 3940 Macland Road, Powder Springs, GA 30127. The family will receive friends for visitation from 11:00 AM to 12:00 PM at the Funeral Home. Interment will be at the Old Huie Cemetery in Forest Park, GA during the annual Huie reunion this October. In lieu of flowers, donations in John’s memory may be made to the American Diabetes Association www.diabetes.org/donate or to the charity of your choice. The family would especially like to thank the Atherton Place staff for their love, care and support they provided to John and all of us during the years that he resided there.

Born December 27, 1934 to William Huie and Lillian Middlebrooks Huie, John Emory Huie died on May 30, 2021. He grew up on the family farm in College Park, Ga. with his five brothers and bachelor uncle, Stace Huie. John was a 1952 graduate... View Obituary & Service Information

The family of John E. Huie created this Life Tributes page to make it easy to share your memories.

Send flowers to the Huie family.