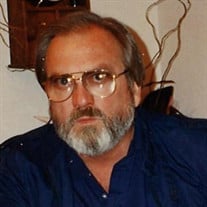 L. Wayne Roberts, 80, of Powder Springs, passed away peacefully on Saturday, August 7, 2021. He was preceded in death by his parents, Williams and Dorothy Roberts, Son, Scotty G. Roberts. A funeral service will be held at 2:00 PM on Wednesday, August 11, 2021 at Mayes Ward-Dobbins Funeral home in Powder Springs, with Pastor Mike Woods officiating. Interment will be at Powder Springs Memorial Gardens. He is survived by his loving wife of 31 years, Jan Roberts; daughters, Heidi Roberts (Michael) and Sherry Roberts; stepdaughter Tess Davis; stepson Jesse Cooper; granddaughters, Shay Bell, Libby Bell and Kristen Davis; grandsons, Josh Roberts, Nicholas Andrews, Scotty Roberts Jr. and Bruce Bell; aunt Patsy Crabbe; uncles, Grady Roberts (Joyce) and George Roberts; “Brother” Billy Glass; and many extended family members and a host of lifelong friends. He was loyal and steadfast in his love and commitment to his beloved family, friends, and his faith. After graduating from South Cobb High School in 1959, Wayne entered into the financial business sector retiring as Vice President and partial owner of Fulton DeKalb Collection Agency. During his career he owned many successful businesses as well as serving two, four year terms as a Magistrate Judge for Cobb County. Wayne became a Mason in 1972 and later a devoted member of the Yaarab Shrine in Atlanta, GA where he worked hard and took pride in collecting and contributing funds to the Shrine Hospitals that care for burned and crippled children at no cost to the families. He was also a member of American Legion Post 216 for many years. In Lieu of flowers, donations may be made to the Yaarab Shrine Hospitals, Masonic Home for Children, or to a charity of your choice. Visitation will be Tuesday from 5:00 PM – 7:00 PM at the funeral home.

L. Wayne Roberts, 80, of Powder Springs, passed away peacefully on Saturday, August 7, 2021. He was preceded in death by his parents, Williams and Dorothy Roberts, Son, Scotty G. Roberts. A funeral service will be held at 2:00 PM on Wednesday,... View Obituary & Service Information

The family of L. Wayne Roberts created this Life Tributes page to make it easy to share your memories.

Send flowers to the Roberts family.