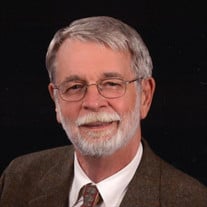 Remembering Robert LeRoy “Bob” Pou 1943 to 2022 Mr. Robert LeRoy “Bob” Pou, age 78, of Marietta, Georgia passed away peacefully, surrounded by his family, on Wednesday, January 12, 2022, following a brief battle with cancer. Bob was born in Connellsville, Pennsylvania on May 15, 1943, the son of George and Eloise Harrington Pou who preceded him in death. He is survived by his loving wife of 56 years, Linda Grabensteder Pou, daughter Susan Brady, and husband Michael, of Pensacola, Florida, daughter Stephanie Shine, and husband Craig, of Cherry Hills Village, Colorado, sister Rachel Newman, and husband Hal, of Franklin, Tennessee and sister Inez Bennett, and husband Fred, of Marietta, Georgia. Granddaughters Kiley Brady and Lauren Shine and grandsons Joshua Brady, Noah Brady and Cooper Shine also survive. He grew up in Mobile, Alabama where he graduated from Murphy High School in 1961. Bob continued his education at Auburn University where he met wife, Linda. A member of Sigma Chi fraternity and the Naval ROTC, he graduated with a Bachelor of Building Science in 1965 and was commissioned an Ensign in the Civil Engineer Corps of the U.S. Navy. A Seabee in U.S. Naval Mobile Construction Battalion SIX, Bob deployed to Cuba and Vietnam. Moving to Surface Warfare, he served aboard the USS Tattnall (DDG-19) out of Charleston, South Carolina. During a second tour in Vietnam, he served as Coastal Group 21 Advisor, Qui Nhon, and acted as a liaison to the Vietnamese Navy. Post graduate school in Fort Ord, California, and a Master of Meteorology was followed by a tour aboard the USS Mars (AFS 1) based out of Sasebo, Japan. During his military career, Bob earned the Navy Commendation Medal with Combat “V”, Navy Achievement Medal, Combat Action Ribbon and the Vietnam Service Medal with Stars for Six Campaigns & Marine Combat Operations Clasp. Bob transitioned from active duty to reserves and retired as a Commander in 1985. Following his military service, Bob had a 30+ year career in construction management spearheading multi-million-dollar projects across the Eastern United States. He spent a number of years with Algernon Blair, Union Camp, and retired from Parsons. A member of Marietta First United Methodist Church for over twenty years, Bob was active in the Open Door Sunday School Class and sang tenor in the adult choir. He used his construction background to assist mission teams on two trips to Peru. A history buff, Bob volunteered weekly at the Marietta Museum of History. He was a Life Loyal Sig and was recently recognized by the Sigma Chi chapter at Auburn for his years of service in the House Corporation, specifically planning house renovations and developing a facility long-range plan. A life-long learner, Bob researched for fun, sought self-improvement, collected words of inspiration, and taught himself new skills. He also enjoyed reading, collecting stamps, cooking and spending time at the beach. A die-hard Auburn football fan, Bob never missed a chance to watch his Tigers, win or lose. He loved spending time with his five grandchildren and looked for opportunities to share unique experiences with each of them and impart his breadth of knowledge. Described as a “Steady Eddie”, Bob was our calm in the storm of life. A loving husband, dad, papa and friend with a kind soul and a twinkle in his eye, he will be missed by all who had the good fortune to know him. Celebration of Life Details Services for Mr. Robert LeRoy “Bob” Pou will be conducted on Friday, January 21st at 2:00 p.m. at Marietta First United Methodist Church with Pastor Julie Boone officiating. Reception to follow in the church reception hall. In case of inclement winter weather, please check www.mayeswarddobbins.com. Those wishing to remember Bob can do so with flowers or a memorial gift to Friends of Marietta History, Inc., 1 Depot Street, Marietta, GA 30060. Mr. Pou will be interred in Maple Hill Cemetery, 202 Maple Hill St SE, Huntsville, AL 35801.

The family of Robert LeRoy "Bob" Pou created this Life Tributes page to make it easy to share your memories.